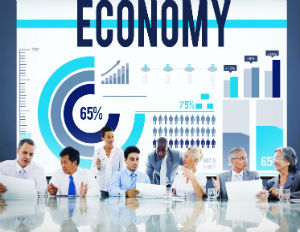 There were more than 12,000 financial technology startups worldwide at the end of 2014, according to McKinsey & Co., and the sector continued to boom. In 2015,Â fintech startups in particular raised more than $12 billion. That’s a lot of money, and I know the work it takesÂ to get it.

When I wanted to start my companyÂ Trulioo, I moved from Canada to Silicon Valley to be closer to potential investors. Although my earlier businessesÂ were also financial tech companies, Trulioo was myÂ first experience taking outside investment.Â The process was grueling, but also enlightening.

When I got to SiliconÂ Valley, we started in an incubator and met with venture capitalists.Â One hundred pitches later, I’d secured our initial round of funding and had learned a lot of valuable lessons.Â I’ve been fortunate to receive great advice from venture capitalists throughout thisÂ journey. So, I reached out to my top five venture capitalist picks based on who has been the most helpful, and asked them to share thoughts on what entrepreneurs in the space need to succeed (for obvious reasons, I excluded investors inÂ Trulioo).

Don’t Focus on the Money

One of the most important lessons was to stop talking and start listening. The best thing you can do whileÂ meeting a potential investor is to say as little as possible–just listen. Like I did, most entrepreneurs go to Silicon Valley and plan to pitch their idea until someone gets it.Â But it’s smarter to share some of your ideas in a conversation with those more experienced who have already seen businesses succeed and fail–because where else in the world can you get that kind of advice for free? That’s the most valuable thing Silicon Valley can offerÂ an entrepreneur. These types of conversations were embedded into every aspect of our business, from data, to partnerships, to monetization ideas.