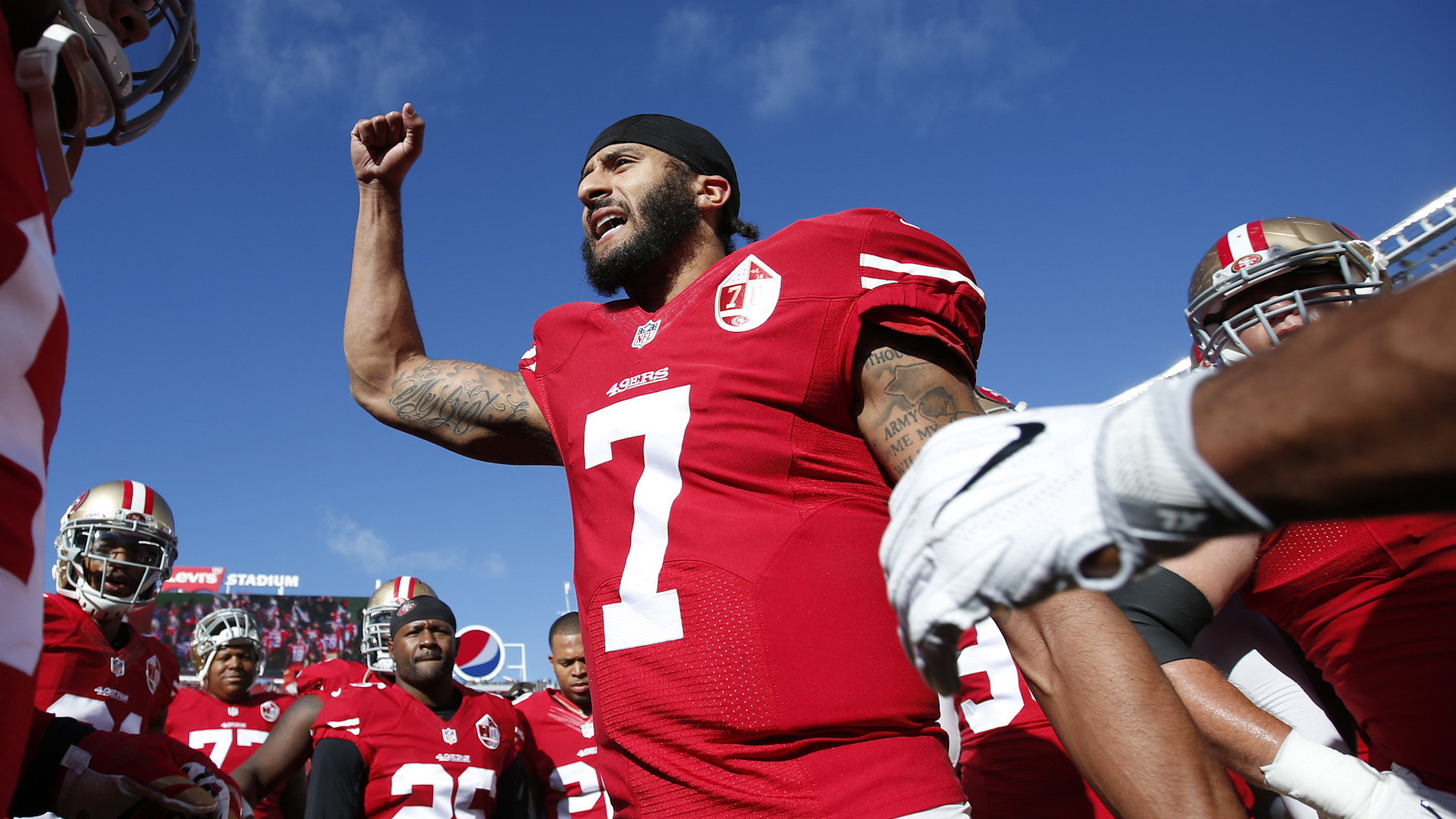 NFL Commissioner Roger Goodell recently admitted that the NFL was “wrong for not listening to NFL players earlier and encourage all to speak out and peacefully protest.” But, according to Los Angeles Lakers’ LeBron James, that admission should be made directly to Colin Kaepernick, who was the ‘poster boy’ of peaceful protests while he was still playing in the league, reports Pro Football Talk.

James was discussing the issue when he appeared in an interview with Jason Kelly of Bloomberg Businessweek.

“As far as the NFL, I’m not in those locker rooms, I’m not with those guys, but I do understand that an apology — I have not heard a true, official apology to Colin Kaepernick on what he was going through and what he was trying to tell the NFL and tell the world about why he was kneeling when he was doing that as a San Francisco 49er. I just see that to still be wrong. Now they are listening some, but I still think we have not heard that official apology to a man who basically sacrificed everything for the better of this world,” James said.

“One thing I can speak for is what I’m apart of,” he continues. “I’m a part of a league with a great commissioner in Adam Silver and he’s always listened to the voices of his players and I’ve always respected him for that. He’s given us an opportunity that when we feel something that’s very wrong with society, that’s very wrong with what’s going on in our communities, that we can speak upon that and use the NBA’s shield to back us and I have nothing but respect for Adam Silver.”

Apparently, James isn’t alone in his thought process. Based on a recent poll, two-thirds of those polled said Goodell’s statement felt insincere and was done just for publicity while 53% said it was “too little too late.”