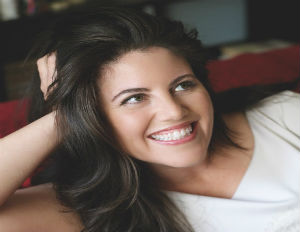 After years of going under the radar in an attempt to live a private life, Monica Lewinsky broke her silence on Monday as she delivered a personal speech on how to handle reputation harassment in the age of digital media.

Speaking to a packed room of thousands of millennials at the inaugural Forbes Under 30 Summit, Lewinsky recapped her 1998 affair with former President Bill Clinton that instantly made her the topic of discussion in headline news.

“Sixteen years ago, fresh out of college, a 22-year-old intern in the White House — and more than averagely romantic — I fell in love with my boss in a 22-year-old kind of way,” Lewinsky says at the beginning of her speech.

Going down memory lane with details about her public affair, Lewinsky opened up about the ups and downs of her life as one of the first people to have her image completely ruined in the digital age.

Lewinsky, who admits to now being on a mission to “help other victims of the shame game survive too,” offered personal anecdotes on how the internet and media publicly destroyed her character. With a goal to move past the case that has changed her life forever, here are five lessons on reputation management that we learned from Lewinsky’s speech.

1. Think about the long-term effects of your actions: While Lewinsky’s 1998 scandal is one that happened over a decade ago, the downfall of her affair is still the number one thing associated with her name. From Beyonce lyrics, to Nicki Minaj and Jeezy songs, it’s clear that Lewinsky’s case is one that will never be detached from her name.

With the ability for information to have eternal life on the worldwide web, it’s best for professionals to be smart about the images they post, the online comments they make and even the private videos they record, because in today’s age of social media and iCloud, the fine line between public and private information is thinner than ever before. As Lewinsky mentioned in her speech, “It takes a lifetime to build a good reputation but you can lose it in a minute.”

2. Don’t become publicly separated from your truth: While disclosing the emotions felt during her public scandal, Lewinsky admitted to losing herself and becoming a public Monica that neither her family, friends, or even herself today recognized.

“It’s part of who you are, socially and professionally,” said Lewinsky in regards to reputation. “It’s part of how you think about yourselves. It’s part of your personal and your public identity. Lose it, as you so easily can, and you lose an integral part of yourself.”

With the emergence of social media, mobile apps and cell phone features that are able to make private information public, it’s important to not get caught up in the publicity of your image. Thanks to Instagram likes, Facebook comments and Twitter reactions, we live in an age where we have seen first hand, whether through celebrities or peers, that it’s easy to succumb to the pressure of being someone you’re not just to please the public eye. Remember that your reputation is something that reflects both your personal and professional life, so be mindful of the actions you make even behind closed doors.

3. Take note of the lesson learned and recover your reputation: After years of silence, Lewinsky is now on a campaign to help other victims overcome what she calls the “shame game.” Using her past as a teaching tool to help others, Lewinsky’s speech showed that even if your reputation has been damaged publicly, there are lessons to be learned and ways to move forward.

“I want to put my suffering to good use and give purpose to my past,” Lewinsky told the crowd of millennials.