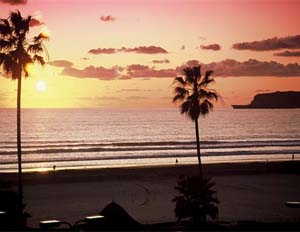 When is the last time you did something for the first time?

Whether you crave adventure, luxury or culture, at least once in your lifetime you should travel to a destination that simply blows your mind. Maybe it’s dining at an underwater restaurant surrounded by exotic marine life, kayaking in the jungle or taking an elephant back safari —whatever you choose the world is your playground.

Here are five life-changing trips worth the splurge:

Rated “the most beautiful restaurant in the world” by the New York Daily News in 2014, Ithaa sits five meters below the surface, offering 180-degree panoramic views of the vibrant coral gardens surrounding it and exotic creatures of the ocean.

While sitting five meters below the surface you can view panoramic views of the vibrant coral garden, sip a mid morning cocktail, indulge in a five-course lunch menu orÂ caviar for dinner.

African Safari vacations Â are typically regarded as the ultimate bucket list destination. Add a life changing experience such walking along sandy paths in search of giraffes or riding elephant back through Victoria Falls and your life will probably never be the same.Â Check out Travel and Leisure guide to planning a safari.

After many years, people are still fascinated by the Great Pyramids of Giza, the Valley of the Kings (site of King Tut’s tomb), and the twin temple at Kom Ombo. But beyond these mysterious, 4,600-year-oldÂ structures lies the Nile River—which is nothing short of amazing.

The Oberoi Zahra, a luxury Nile cruise liner, features talks by Egyptologists and private temple tours.Â  And, G adventures provides packages where you can spend the night on a felucca, explore ancient temples and monuments, hunt for deals in the bazaars, gaze at the pyramids and mysterious Sphinx.

Tour the Artic and North Pole

If you’re looking to experience one of the world’s disappearing natural wonders, Icetrek offers an incredible opportunity to travel to the end of the earth. Icetrek offers Â a flight, tour or expedition to the Arctic and North Pole, Antarctica and South Pole.

According to Habitat.org, Haiti has experienced more t than 15 severe tropical storms or hurricanes in the last 14 years. And, in January, 2010 the people of Haiti experienced a horrific earthquake which resulted in over 200,000 deaths. Although its five year later, rebuilding continues.

Elevate Destinations; rated by National Geographic Traveler, as a tour of a lifetime, offers 11 day volunteer trips, which includes history, art and culture of Haiti. From touring the Ile-a-Vache, a beautiful island off the coast of Haiti’s southwestern peninsula to helping build a wind/solar system to supply electricity to the community, there are several ways to get involved.

According to Forbes, Bhutan is the only Buddhist nation on earth and is also the only one that measures its success in terms of “Gross National Happiness.” Bhutan includes some of the highest peaks on the planet, where unique and welcoming monasteries cling to cliff faces, and is both culturally fascinating and an outdoor recreation wonderland for hikers and mountain bikers to explore.

It is one of the least visited non-hostile nations on earth, because it has been very careful about tourism development: to avoid sprawl and overdevelopment, Bhutan limits visas issued and requires visitors to have fully planned itineraries before arriving, and is one of just two nations with minimum required daily spending for visitors – but it’s worth it.

Two of the world’s best boutique luxury hotel chains, Aman Resorts and Como Resorts, have multiple lodges here set up for logistically easy – and decadent – explorations of Bhutan. Accessible only from Thailand or India, “The Land of the Thunder Dragon,” is one of the most uniquely individual places on earth, physically and culturally.