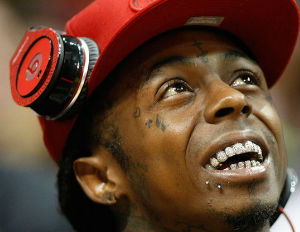 Lil Wayne was notorious for keeping a Styrofoam cup glued to his hand at all times–filled with liquor and other various substances–but he’s learning that cup wasn’t worth the cost.

The YMCMB leader was scheduled to perform in the Bahamas in 2009, but according to the promotions company hosting the concert, Red City Entertainment, Wayne was too drunk to make the show and wound up cancelling the performance. According to a story that broke with TMZ in 2012, “When he failed to show, Red [City] claims cops showed up to the rapper’s hotel room and found him unconscious.â€ Weezy quickly responded to the accusations saying, “At no point [that night] did I become so intoxicated that I passed out on a bed in my suit, or anywhere else.”

Originally suing Wayne for $432,000, TMZ now reports that the New Orleans-born rapper reached a settlement outside court with Red City, and the state of New York dismissed the case Jan 8.