LinkedIn Etiquette: Why Random Invites to Connect Are a No-No 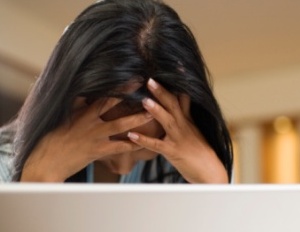 There’s a social media platform for everyone, but taking the tendency of adding anyone and everyone to the wrong social network will cost you. LinkedIn, the social network for professionals, is the most serious of the social media trinity, which also includes Facebook and Twitter, and should be treated accordingly.

Would you walk up to a perfectly good stranger and ask them for a job recommendation? I’m sure there’s someone zany enough to do that, but I sense the response is a resounding “no.â€ So, if you wouldn’t ask this random person to co-sign your work and accomplishments in real life, why would you think it is okay on LinkedIn?

It’s something I have heard numerous professionals complain about and it makes nearly every LinkedIn pitfalls list, but I did not truly understand the confusion until very recently.Â  As someone who at one time was dead set against the social networking site (that’s another blog for another day), I now see how useful the tool is and why it is approached with such seriousness.

Upon checking my LinkedIn inbox a week ago, I realized a fellow alumna sent me an invite to connect on the site and couldn’t quite understand why. For starters, we’ve never had a conversation. When I say never, I’m talking no casual conversation sparked by mutual friends or even the expected head nod to acknowledge another brown face across campus. The opportunity and conversation just never happened. Hence, I was left to wonder what this fellow professional’s motives were in adding me to her network. While the request still remains in my inbox, for me, the confusion could have been eliminated if she had only sent a customized message along with her request. Although LinkedIn offers their generic message, customizing that initial note can set you apart from the rest of the awaiting connections. It didn’t have to be anything long, just a “Hi, I’d like to connect with you about x, y, zâ€ or “Hello, I know we’ve never talked in person, but I’d like to connect with you…â€ There is a character limit, but, if the “connectionâ€ is important enough, I believe you can set aside some extra time to complete. That probably wouldn’t work for those who prefer to have some sort of real-world tie to the person they’re connecting with, but the customized message would’ve sufficed for me.

While there is more than one way to view your LinkedIn connections–and mine can be totally left field from your method, LinkedIn doesn’t have the ” Important: Only invite people you know well and who know youâ€ message for nothing.

LinkedIn might not be the social media site to add someone you want to pitch your business idea to or orchestrate an upcoming coffee meeting, but don’t forget there is always email, Facebook, Twitter or Google+, among other social alternatives.

Don’t let an itch to connect with the “People You May Knowâ€ result in an “I Don’t Knowâ€ response.

Weigh in: Â What are your LinkedIn no-nos? Is this “don’t know you professionally or personally policy” too strict?