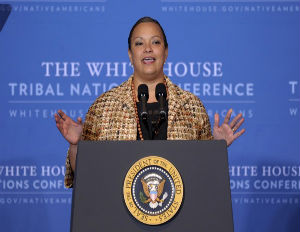 Jackson will be stepping down after President Obama’s State of the Union address next month, but reportedly has not accepted another job.

During her tenure, Jackson has been outspoken on climate change, on the dumping of mining waste into streams and rivers and has pressed for limits on emissions from coal-fired power plants, even while President Obama has expressed support for U.S. coal, oil, and natural gas.