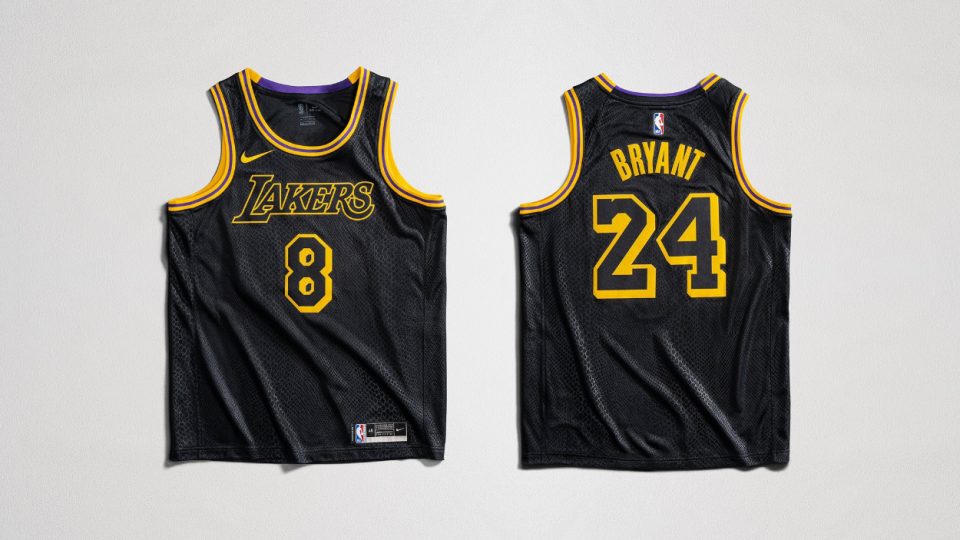 The Los Angeles Lakers are planning to sport “Black Mamba” jerseys for its upcoming playoff game against the Portland Trailblazers next week. The jerseys will be in honor and celebration of Lakers legend Kobe Bryant, who died earlier this year in a helicopter crash, according to ESPN.

Bryant’s wife, Vanessa, shared an image of four of the jerseys on her Instagram account on Monday. The jerseys will feature the numbers 8 and 24, which represent the uniform numbers of his daughter Gianna and Kobe’s.

The Black Mamba uniform features a snakeskin print and drop shadows on the numbers—a detail from the Lakers uniforms when Bryant was a rookie in 1996-97. The Lakers are wearing the uniforms for Game 4 of their first-round playoff series against the Portland Trail Blazers on Monday, Aug. 24.

“During Mamba Week, Nike will champion Kobe’s legacy and the Mamba Mentality that so fittingly represents the athlete and the man through three key efforts: providing a $1 million donation to the Mamba and Mambacita Sports Foundation, amplifying Kobe’s message through the Mamba League and extending Kobe’s legacy of inspiration and innovation through select Kobe products.”

On Jan. 26, the 41-year-old basketball legend died in a helicopter crash in Calabasas, California, along with his 13-year-old daughter, Gianna, and seven other people.

Bryant played his whole 20-year NBA career with the Los Angeles Lakers. He was a five-time NBA World Champion, a two-time Finals MVP, and the 2008 Most Valuable Player. During Bryant’s career, he made the All-Star team 18 times. He was the youngest player to ever reach 30,000 points.

Bryant retired from the NBA in 2016, scoring an NBA-season high 60 points in his final game.