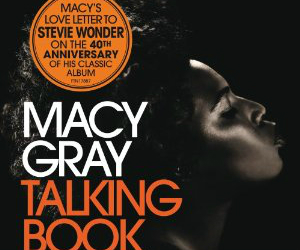 “It’s my own way of showing Stevie how much I love him and honoring him the best way I can. At the time, I didn’t know that this was the fortieth anniversary of Talking Book, but I think that’s a great way to celebrate it,” Gray states in the interview.

The album includes such classics as “You Are The Sunshine Of My Life,” “Superstition” and “You and I.”