New Malaria Vaccine to be Tested in Ghana, Kenya, and Malawi 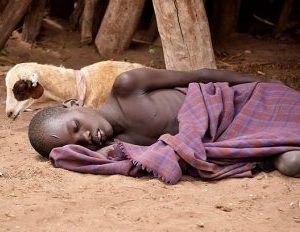 In wake ofÂ World Malaria Day on Tuesday, the World Health Organization (WHO) announced that it will begin testing the first malaria vaccine inÂ Ghana, Kenya, and Malawi starting in 2018.

According to aÂ press releaseÂ issued by WHO on Monday, babies in these three African countries, from the ages of five to 17 months, will be injected with theÂ RTS,S–or the Mosquirix vaccine–in an effortÂ to protect them fromÂ the most lethal form of malaria. The vaccine was developed byÂ GlaxoSmithKline (GSK), aÂ pharmaceutical company in London.

“The prospect of a malaria vaccine is great news. Information gathered in the pilot will help us make decisions on the wider use of this vaccine,â€ saidÂ Dr.Â Matshidiso Moeti, WHO Regional Director for Africa, in a statement. “Combined with existing malaria interventions, such a vaccine would have the potential to save tens of thousands of lives in Africa.â€

Malaria is not a virus or bacteria. Rather, it’s a disease caused by a plasmodium parasite that is transmitted to people through the bites of infected mosquitoes. Although scientists have made tremendous progress in saving people from the deadly disease, almost a half a million people died from Malaria in 2015. Most of these deaths occurred in Africa, where the disease is most prevalent.

“Global efforts in the last 15 years have led to a 62% reduction in malaria deaths between 2000 and 2015, yet approximately 429,000 people died of the disease in 2015, the majority of them young children in Africa,” the press release reads.

Symptoms usually occur 10 to 15 days after someone is bitten by an infected mosquito. They includeÂ fever, headache, chills, and vomiting. However, with proper medical treatment,Â a patient with malaria can beÂ expected to make a full recovery.