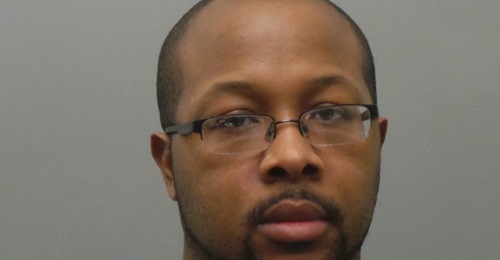 A St. Louis man who was suspected of shooting and killing his wife and her two children was found dead after he shot himself to death.

According to the St. Louis Post-Dispatch, police officers were searching for 35-year-old Bobby McCulley III after he had been a suspect in the death of his wife, Roseann Williams McCulley, 34, her 13-year-old son, Kayden Johnson, and her 6-year-old daughter, Kaylee Brooks. The suspected killer shot himself in St. Louis in the 1300 block of Clinton Street, in the Old North St. Louis neighborhood, police stated.

Court documents revealed that McCulley had previously filed for divorce several days before he allegedly killed his wife and her children. After McCulley shot and killed Williams-McCulley and her children, police said he abducted his 1-year-old daughter from the home. An AMBER alert was sent out for 1-year-old Zoe McCulley but she was eventually found unharmed with family members about 4:45 AM.

The bodies of Roseann and her two children were found at around 11:30 PM last Thursday at the home of the family at 4855 Lockwig Trail, in unincorporated St. Louis County. The family was killed only five days after Bobby filed for divorce from his wife.

According to The River Front Times, back in 2015, another woman had taken out an order of protection against McCulley, and back in 2008, McCulley was convicted of third-degree assault, false imprisonment, and tampering with a witness.

Fifty-five-year-old Michelle Clayton, McCulley’s mother, had been arrested hours before, accused of hindering the prosecution of a felony, as police authorities stated that she lied and misled investigators as they tried to arrest her son. She was being held on a $25,000 cash-only bond.

This is the second time in a month in the St. Louis area that a woman and her two children were killed at the hands of a husband or boyfriend. Back on Feb. 4, police say that three were shot to death in a home in the Dutchtown neighborhood of St. Louis.