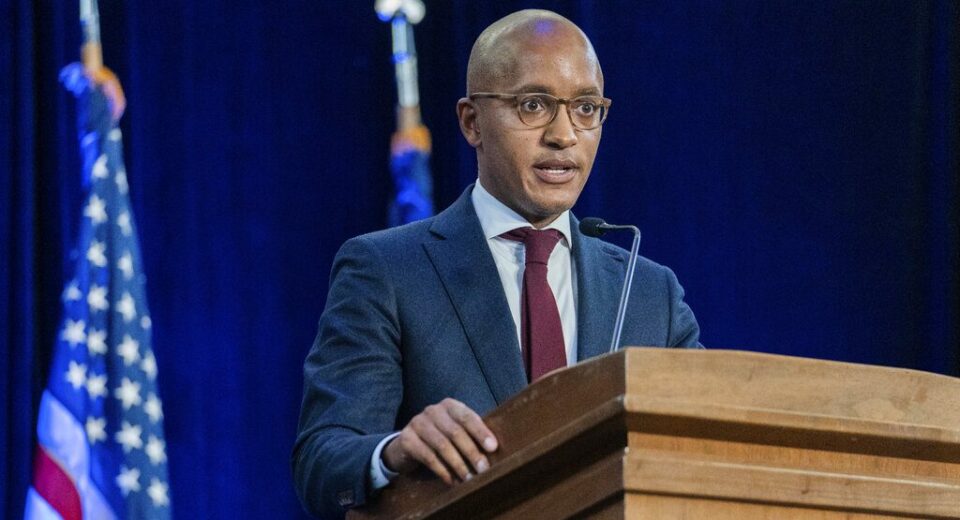 Damian Williams, the U.S. Attorney for the Southern District of New York, has created a Civil Rights Unit. (Image: Twitter/@NYDN)

Williams, the first Black man to hold the post in its 232-year history, believes a reconsideration of the way the justice system confronts issues of race and discrimination is necessary. He added that creating a civil rights unit within the office’s criminal division would “make us more effective.”

The SDNY has had some high profile wins in recent years, including the conviction of a Rikers Island corrections officer who fatally beat an inmate while other guards held him down. However, the office’s civil right work has typically been handled by lawsuits rather than criminal prosecutions.

One example is in 2014, when the SDNY investigated New York City due to widespread civil rights violations in the treatment of teen inmates at Rikers Island.

Williams said additional priorities for the SDNY would include gun violence, financial crimes, and reconnecting with the communities the office serves.

U.S. Attorney General Merrick Garland made an appearance at the announcement of the new civil rights division, noting prosecutors are confronting a wide range of crimes including white collar, financial, and domestic terrorism.

“Those threats, if left unanswered, will also undermine our democratic and economic institutions as well as our citizens’ support for the rule of law,” Garland said.

The SDNY has handled some of the country’s biggest cases, but the office has also seen its fair amount of turmoil, especially during Donald Trump’s presidency: Two of the SDNY’s top four prosecutors were fired and Trump’s Attorney General William Barr was accused of interfering with several of its cases.