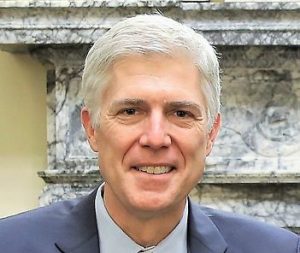 According to a report via Â The Washington Post,Â “Under Senate rules, it requires 60 votes to overcome such an obstacle. Republicans eager to confirm Gorsuch before their Easter recess begins April 7 have only a 52-senator majority. They have said Gorsuch will be confirmed, even if it means removing the filibuster option and allowing Supreme Court nominees to be confirmed to their lifetime appointments with a simple majority vote.”

Senate Democrats, however, aren’t the only ones voicing opposition to Trump’s nominee. On Thursday, National Urban League President and CEO Marc H. Morial released a statement declaring that Gorsuch does not deserve support, due to his track record with civil rights issues.

The press release from the National Urban League on the matter, which was issued by Marc Morial, reads as follows:

“Beyond the level of scholarship and judicial experience required of a Justice, which Judge Gorsuch does appear to meet, a Supreme Court Justice must have demonstrated what the Lawyers’ Committee for Civil Rights called ‘a profound respect for the importance of protecting the civil rights afforded by the Constitution and the nation’s civil rights laws based on a large body of civil rights opinions or comparable information from statements and activities other than service on the bench.’

We see no such respect demonstrated by Judge Gorsuch.

As I have maintained since the announcement of his nomination, what I find most troubling in the record of Judge Gorsuch is his apparent criticism of those who have sought advancement of individual rights through the courts.

He consistently has ruled against the rights of workers and consumers who were harmed by employers and corporations, and against disabled students pursuing their right to a meaningful education.

In fact, even as he sat before the Senate Judiciary Committee this week, the Supreme Court overwhelmingly rejected his opinion that a school district complies with the law so long as they provide educational benefits that “must merely be ‘more than de minimis.'” In other words, according to Judge Gorsuch, a school district can meet its obligation to disabled students with little more than nothing.”