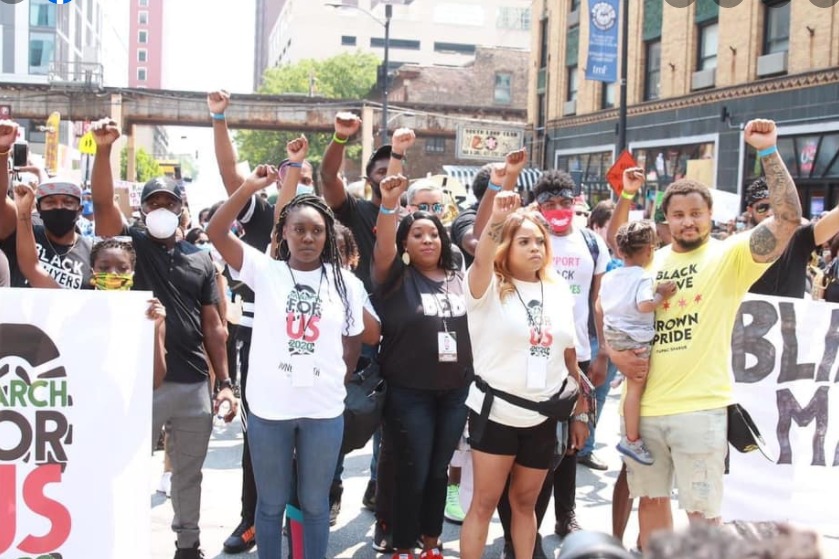 On Saturday June 19, March For Us will host their Juneteenth march and rally in Chicago, Ill., beginning at 10 a.m. Facebook- March For Us 2021

On Saturday June 19, March For Us will host its Juneteenth march and rally in Chicago, beginning at 10 a.m. near Jones College Prep.

A program is scheduled to begin at 11:00 a.m. at Daley Plaza. According to a press release, the purpose of March For Us 2021 is meant to educate the younger generation about Juneteenth’s history, in addition to acknowledging the holiday that commemorates the end of slavery in the U.S.

Details also stated that Ashley Munson wanted to organize another event on Juneteenth to create a “4th of July” feel for African Americans in Illinois.

Come join us this Juneteenth as we march together, for us! #marchforus2021 #juneteenth #blm #Equality #BlackLivesMatter pic.twitter.com/XgtrqyuFo6

According to the March For Us’ website the event strives to build on what past civil rights activists previously established. Reform of systemic racism and police injustices were two mentioned topics.

The Chicago Tribune named Munson as March for US 2020’s lead organizer.

“This movement started as a result of Black people being fundamentally frustrated with how things are,” Munson said  in the 2020 interview. “You can’t address police reform without addressing the other things that affect Black people.”

Equity in Black communities was also a noted component in the first march, which was held last year on Juneteenth, according to The Chicago Tribune.

You may visit this link to learn more about March For US 2021. The route is noted below.