Marqise Lee Due Insurance Payout Because of Low Draft Position 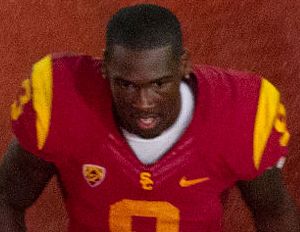 According to Bleacher Report, former University of Southern California football player Marqise Lee will receive an insurance payout because an injury he suffered during his college years possibly dropped his draft position.

Lee suffered from a moderate (Grade II) MCL sprain during the 2013 season and although he was able to play again, the injury’s effect played a part in NFL teams not drafting him higher. Luckily for Lee, the school encouraged him (and other players) to take out a Loss of Value insurance with Lloyd’s of London.