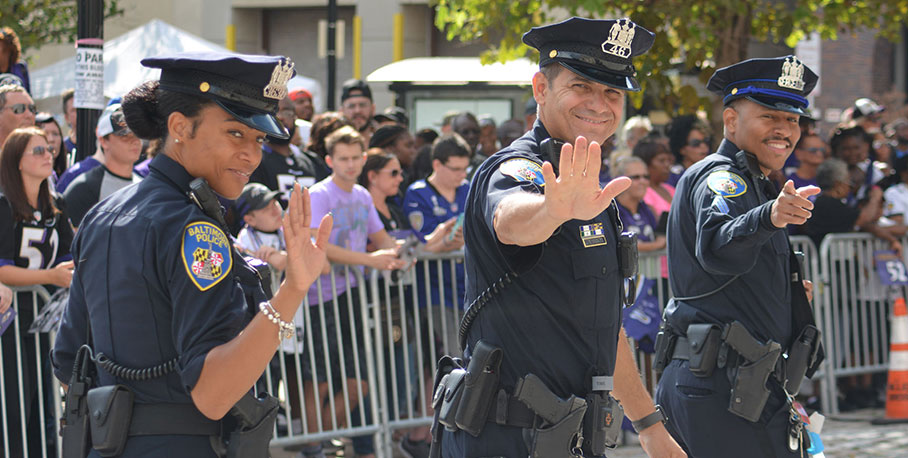 Maryland Gov. Larry Hogan vetoed the measures, but the state Senate and House, which are under Democratic control, overrode Hogan’s veto.

The measures raise the bar for officers to use force, restrict no-knock warrants, mandates body cameras for all officers, give residents a voice in the discipline of officers, and opens allegations of police wrongdoing to the public.

“Maryland is leading the nation in transforming our broken policing system,” House Speaker Adrienne A. Jones (D-Baltimore County), told the Washington Post. “I am proud to lead the House in overriding the governor’s veto and showing the nation exactly where we stand as a state.”

The Maryland General Assembly also overrode a separate veto by Hogan that would abolish life sentences without parole for juveniles. The legislation allows prisoners who were juveniles when they were convicted to appeal to a judge for release after 20 years.

Criminal justice advocates praised the measures, but many believe the measures do not go far enough.

“This is insulting and I call on the House of Delegates to do better,” Marion Gray Hopkins, president of the Coalition of Concerned Mothers said in a release. “I have been so hopeful that this go-round would make a real difference, but when you see how this Senate package waters down police accountability, it feels like a sucker punch. We deserve better, as constituents, Marylanders, and human beings.”

The bill is one of the most restrictive use-of-force standards in the U.S. requiring officers to prioritize escalation tactics and imposes criminal penalties for officers who are found to have used excessive force.

In a statement on his vetoes, Gov. Hogan said the measures will hurt officer recruitment, community relationships, and public confidence.

“These bills would undermine the goal that I believe we share of building transparent, accountable, and effective law enforcement institutions and instead further erode police morale, community relationships, and public confidence,” Hogan said in a statement. “They will result in great damage to police recruitment and retention, posing significant risks to public safety throughout our state. Under these circumstances, I have no choice but to uphold my primary responsibility to keep Marylanders safe—especially those that live in vulnerable communities most impacted by violent crime—and veto these bills.”

When Anton Black was killed, @GovLarryHogan said his family deserved answers & accountability. I have publicly called on Hogan to support legislation I've introduced named after him (Anton's Law) that would ensure police transparency; instead of doing that he vetoed it. Coward.