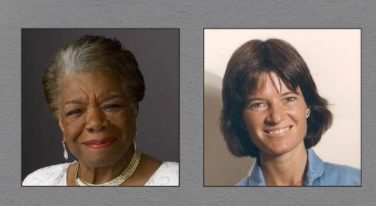 The United States Mint announced that Dr. Maya Angelou and Dr. Sally Ride have been selected as the first two honorees in the American Women Quarters Program.

Maya Angelou had a prominent literary career and is known for books such as I Know Why the Caged Bird Sings,” which was published in 1970 and received international acclaim and landed on the best-sellers list.

“With more than 30 bestselling titles, Maya Angelou has written 36 books,”  her website says.

According to NASA, Sally Ride was the first American woman to fly in space.

Angelou died in 2014 and Ride passed away in 2012. According to a statement released by the Mint, each woman honored on a coin must be deceased. Additionally, up to five different reverse designs will be issued over the four-year period, beginning in 2022 and continuing through 2025.

“As authorized by Public Law 116-330—the Circulating Collectible Coin Redesign Act of 2020—the Mint will issue circulating and numismatic quarter-dollar coins with reverse (tails) designs emblematic of the accomplishments and contributions of a prominent American woman beginning in January 2022. Contributions may come from a wide spectrum of fields including, but not limited to, suffrage, civil rights, abolition, government, humanities, science, space, and the arts. The women honored will come from ethnically, racially, and geographically diverse backgrounds,” The Mint said in a statement.

“For too long, many of the women who have contributed to our country’s history have gone unrecognized, especially women of color,” Congresswoman Lee said in a statement. “I am pleased to see that the first women to be recognized under my bill are outstanding individuals in the fields of science and literature: Dr. Sally Ride and Dr. Maya Angelou. They paved the way for many who came after them and inspired young women to carry on their legacy. Our goal in working on this legislation was to honor phenomenal women like Dr. Maya Angelou and Dr. Sally Ride. I’m glad they are among the first of many to be recognized.”

In 2018, Lee and former Rep. Bruce Poliquin (R-ME-02) introduced H.R. 5308. According to the press release, the landmark legislation directed the U.S. Treasury to issue quarters– one from each of the 50 states and the U.S. territories—for the purpose of honoring women who have made significant contributions to America.

The public can submit recommendations for women to be honored on quarters via the web portal established by the National Women’s History Museum.