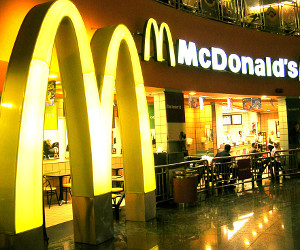 McDonald’s announced plans to hire thousands of new workers as part of its “National Hiring Day.â€

The hiring event is limited to Canada, with no current plans to duplicate it in America. This is the largest number of employees it has ever attempted to hire in on a single day.

National Hiring Day is an annual one-day hiring spree held at McDonald’s locations across Canada where job applicants apply in person or online for one of the thousands of available positions (6,000 crew and 100 managers).

The event hopes to cash in on a soft employment market where youth unemployment rates are nearly double the Canadian average.

“It’s a fantastic opportunity especially for young people, and at the same time we’re positively benefiting the overall economy by hiring thousands of new employees,” said Len Jillard, chief people officer of McDonald’s Canada in a promo video for the event.

90 percent of the company’s managers and 50 percent of its franchisees began as entry-level crew members. More than 65 percent of corporate staff also began as crew members, including the McDonald’s Canada President and CEO John Betts, who started as a crew member 40 years ago.

“I know firsthand what it’s like to start your first job working in the kitchen at McDonald’s. That’s how I got my start,â€ said Betts in a statement. “I take great pride in the fact that this company offers young people their first job opportunity. We set them up on the path to success whether they stay with us for a year or, like me, an entire career.â€