Angela Simmons Shares a Behind-The-Scenes Look Into Her Life 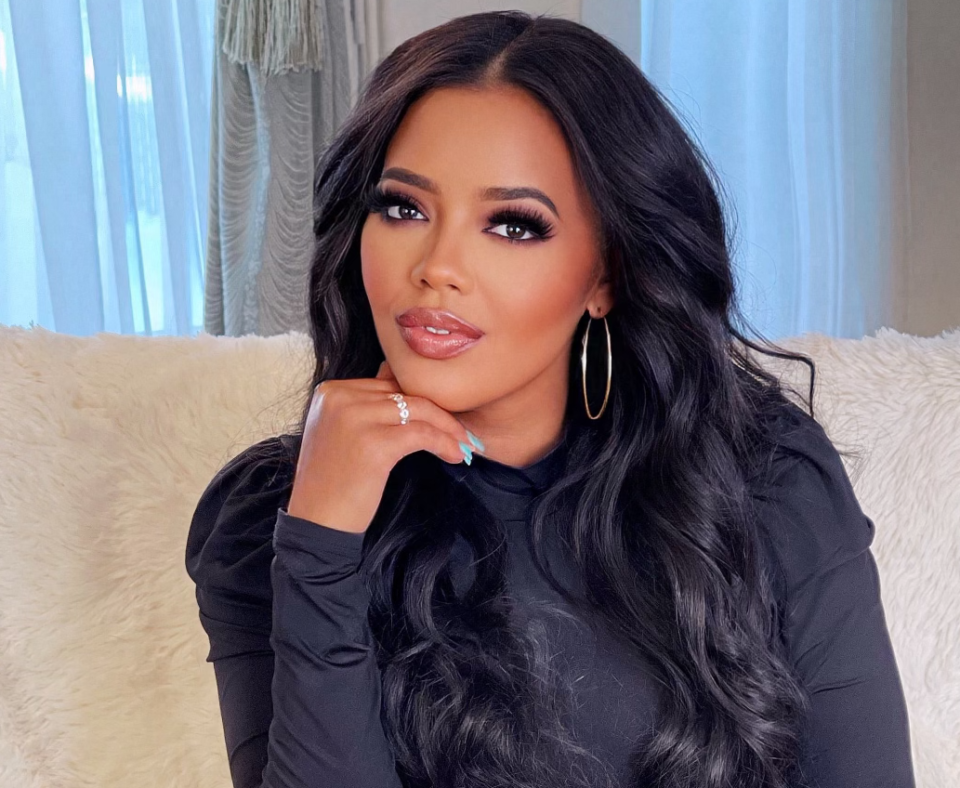 Before creating her own lane as a rising media mogul, entrepreneur, and philanthropist, the world was introduced to Angela Simmons back in 2005 on MTV’s wildly popular family reality series Run’s House. Today, she’s known as one of the stars and executive producers of VH1’s Growing Up Hip Hop. But despite living in the spotlight, fans have only seen just a part of the 33-year-old multifaceted mogul – until now. On Tuesday, Simmons debuted a new unscripted series titled Just Angela on AspireTV that gives viewers a more intimate look at her day-to-day life behind the scenes.

“This is my story — my personal story,” Simmons told BLACK ENTERPRISE. “I’m sharing even more of my life.”

On the first episode of Just Angela, Simmons shared 10 little-known quirks about herself, including her passion for herbs and desire to cover one of her arms in a sleeve of tattoos. The new series also highlights her as a successful businesswoman and doting supermom.

“It’s kind of like a diary. You know, like, I’m going back and forth with you guys and just telling you different things that you probably don’t know,” says Simmons, the daughter of legendary hip hop pioneer Joseph “Rev. Run” Simmons.

In addition to giving an exclusive look into her everyday life, Just Angela will also spotlight up-and-coming Black-owned businesses and encourage fans to support their products by shopping at the aspireMKTPLC online marketplace.

Simmons, who launched a skincare company called Simmons Beauty last year, has faced her fair share of trials on the path to building her own empire. In November 2018, her son’s father was tragically murdered nearly one year after they publicly ended their engagement. When it comes to coping with trauma, she describes healing as more of a journey than a destination.

“A wound is a wound. Hurt is hurt. It’s going to always be there,” she says. “Pulling yourself out of it, too, is really important and key because we can feel bad for ourselves, or we can mourn, or whatever it is, but at some point, you’ve got to pull yourself out.”

Although the working mom admits that some days are harder than others, she focuses on her blessings. “I’m grateful for the roof over my head, that my son is healthy — you got to take everything and just find the positive in it.”

Just Angela is one of three new series following AspireTV’s deal with Kin, a lifestyle entertainment company that produces and owns a portfolio of shows distributed across social platforms featuring stars like Tia Mowry and Jeannie Mai.

“When you think about somebody who is young, successful in their own right, comes from such a great background in terms of familial ties, who is an entrepreneur, who is a mom — [Angela is] the ultimate girl boss,” said Melissa Ingram, the Senior Vice President of Multicultural Networks and Strategy at UP Entertainment, to BE. Ingram, who helped facilitate the multi-series deal between AspireTV and Kin, said the network is proud to showcase Simmons as a strong female entrepreneur while also promoting flourishing Black businesses.

“[We’re] really excited about how that show is coming along and just bringing, I think, a different side of her to our audience,” she said. “I think people will really learn to respect her for being so multifaceted.”

AspireTV and Kin are currently in development on a second program, while a third is slated to be announced later this year. The deal follows the January debut of Kin’s Side by Side, starring twin sisters Malika and Khadijah Haqq, on the network. Kin’s other credits include All Things Adrienne starring Adrienne Bailon Houghton and Heart of the Batter with Jordin Sparks.

“AspireTV is a perfect home for Kin’s programming. The network resonates with a diverse audience of millennials who truly appreciate shows like Just Angela and Side by Side,” said Michael Wayne, CEO of Kin, in a press release. “Our goal at Kin is to create successful unscripted entertainment franchises with multi-platform distribution. Through our partnership with AspireTV, our shows and talent can reach audiences no matter where they are watching.”

Editors’ Note: This article was updated on April 6, 2021, to correct a sentence that originally stated that Magic Johnson is the owner of AspireTV.  The network was launched by Magic Johnson Enterprises in 2012 but is now owned by UP Entertainment. Johnson divested ownership in 2019.