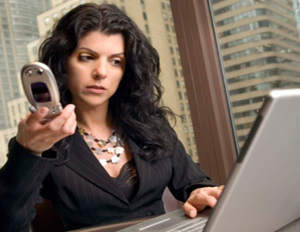 Multitasking is seen as a valuable trait, but a newly released study might have you think twice about your abilities to toggle from task to task. A report published this week by Michigan State University’s psychology department discovered that using multiple forms of media at the same time is connected to symptoms of anxiety and depression.

The study, which looked at data from two surveys of 319 undergraduate students, saw a direct correlation between multiple media usage and mental illness.

“One study measured symptoms of depression and anxiety, the other how the subjects engage in media multitasking, (i.e. video games, texting, apps) to give researchers an idea of whether a subject was a high, low or medium media multi-tasker,â€ reports ReadWrite. “It’s important to note that the surveys measured indicators of depression and anxiety, but didn’t serve as a clinical diagnosis.â€