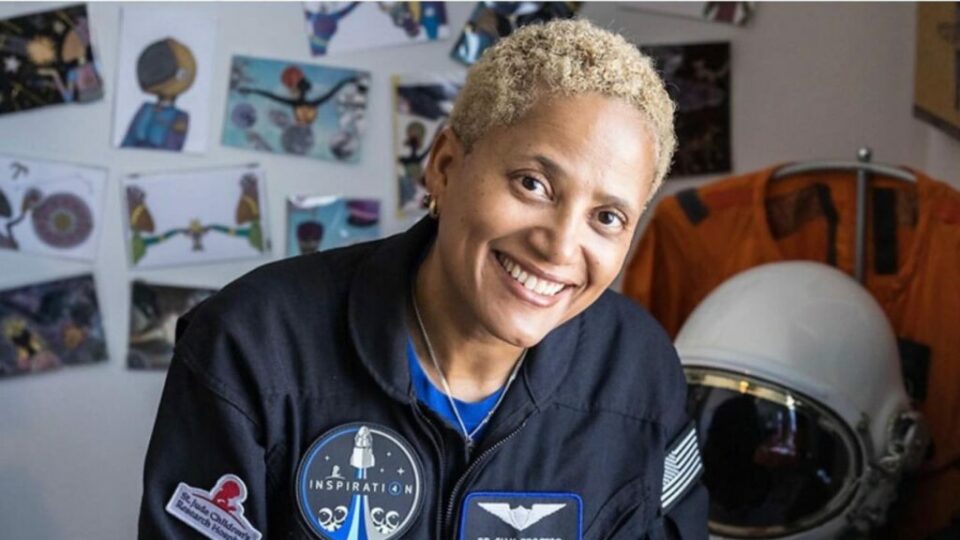 Proctor’s family says she has always loved science and space. They were overjoyed to watch her become a part of history when the Crew Dragon took flight in mission Inspiration4 on September 15.

“Being able to see it live, we were all just screaming last night and from my understanding, it was a textbook launch. It’s amazing,” Proctor’s sister Robyn Selent told Fox 8.

The 51-year-old geoscientist, community college professor and artist made history as the first Black woman to pilot a spacecraft and only the fourth Black American woman to go to venture out to space. It’s a field that might’ve been passed down as the Guam native’s father was part of a very important team that tracked the Apollo 11 as it returned to earth.

“The astronauts made a trip to Guam to thank the people at the tracking station and my dad was one of the very few people and only one of two there that got Neil Armstrong’s autograph,” Robyn said. “That went up in space with my sister.”

Carrying on the legacy of Mae Jemison who became the first African American woman to travel to space in 1992, Proctor shared the sentimental shoutout she received from the Black space pioneer.

“I received a really lovely note from Mae Jemison congratulating me on the Inspiration4mission,” Proctor told MsMagazine. “To have her, the first Black female astronaut, tell me she was proud of my accomplishment was amazing.”

The day before the mission, Proctor received a call from the one and only Michelle Obama congratulating her on the “history” she was about to make.

“That conversation meant everything to me,” Proctor said. “Knowing I was now in a position to inspire millions of people I’ve never met through my story and this experience, I wanted to pay that back to someone who inspires me.”

Proctor’s sister, a biology teacher in Riverside Local Schools in Painesville, OH is hopeful of what her sister has helped to convey for future women who aspire to travel to space.

“The future of space travel and what it means for women, especially for minority women, and my sister is only the fourth African American woman to go into space, and to be the pilot of the rocket and there are so many inspirational messages that will come out of this,” Selent said.