FAMILY BUSINESS OF THE YEAR

This award is presented to a family-operated business that exemplifies the combined experience and expertise needed to excel in a key industry. 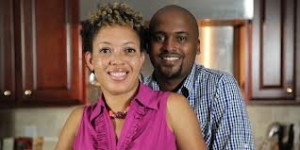 When they started the blog “Black and Marriedâ€ in 2007, Ronnie and Lamar Tyler were fed up with the negative portrayals of African Americans and matrimony. The site, known today as BlackandMarriedWithKids.com, has transformed into a multimedia enterprise– releasing documentary films about marriage, music videos, and posts from 10 regular staff writers. Their company Tyler New Media also specializes in online branding and Web content development. Adding film to their portfolio is what allowed the couple to generate enough income to transition into blogging full time and recoup their six-figure salaries. Having a viable product not only brought in revenue for the growing site, but also led to speaking engagements and other opportunities such as creating social media campaigns for companies such as General Mills.

Sky’s is a brick-and-mortar Mexican soul food restaurant as well as a mobile truck run by Burrell along with her son, Victor, and business partner, Kevin Minor. Burrell is a former corporate executive who followed her passion for food. She spent 19 years running a successful restaurant before shifting gears to add a food truck to her operations in 2010. Sky’s food truck generated a little more than $100,000 its first year of operation, contributing 30% more to the company’s bottom line. The food truck experienced 200% revenue growth since 2012. And it was named to the “101 Best Food Trucks in America, 2013â€ list by The Daily Meal. 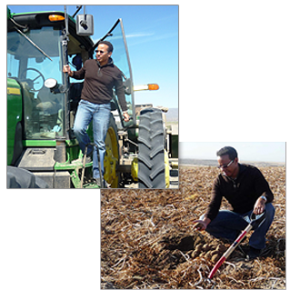 The family-run farm business includes Thompson’s wife, Clarissa; son, Stewart; and daughters Arielle and Athena. TFF specializes in growing, packing, marketing and selling fresh potatoes and onions. Thompson’s business is as a potato grower for some of the nation’s largest food processing companies, including Burger King. Other clients include McDonald’s and Frito-Lay. The company grossed around $5 million in 2013, up from $1.1 million in 2004, its inaugural year.