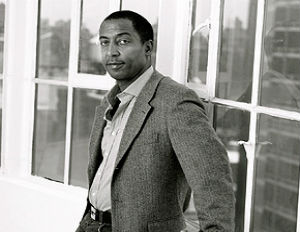 Emmy-nominated screenwriter and multi-genre author, Trey Ellis, has penned some of black America’s most-loved films, such as The InkwellÂ (1994), Good Fences (1993), and HBO’sÂ The Tuskegee Airmen (1995), which starred Laurence Fishburne and was based on the true story of a group of African American pilots in World War II. The Stanford University alum is the recipient of a Peabody Award, multiple NAACP Awards, and is also a novelist, journalist and playwright; having written the novelÂ Platitudes, a play titled Fly, among others, as well as articles for The Huffington Post and The New York Times.

But Trey Ellis is more than just a multi-talented writer; he’s also an educator, having taught in the film program at Columbia University School of the Arts for eight years.

BlackEnterprise.com spoke with Trey Ellis to discuss his teaching work, process as a writer, and the rise in cost and popularity of M.F.A programs.

BlackEnterprise.com: Tell me more about your role as an educator and your strategies for balancing your multiple interests.

Ellis: Â I always wanted to be a writer since elementary school. About eight years ago, the opportunity came to teach screenwriting at Columbia University. I don’t think it’s so much a challenge, but a privilege. I can make a living writing all of the different things I like to write. The balancing act is more: if I have something to express I decide, ‘Is this a book? Is this a novel? If it’s a book–is it fiction or nonfiction? Is it journalism? Is it a screenplay, a play or a television show? Â I teach [my students] that storytelling is storytelling, [it’s] expressing human behavior in some sort of way that’s interesting. What I’m trying to do is ‘pull’ out from my students what’s already inside of them. I like to talk to them and guide them to tell the stories they want to tell, the way they want to tell them.

What are your thoughts on the exceptionally high costs of M.F.A programs and the increase in their popularity?

That certainly is the number one issue that we at the school wrestle with–working to bring the cost down and [bring in] more financial aid for everybody who needs it; which is most people. There’s been an explosion of arts M.F.A programs but I think, in general, graduate school is much more the norm. During the recession they’re weren’t any jobs and a lot of people went into M.F.A programs. There is this kind of culture these days that says everything can be taught. In the past, a lot of things just worked under, sort of, an apprentice [like] program.

As a writer who has written in multiple genres, what most inspires you?

To have an audience respond. The idea that I can express something and hold their attention; especially these days when there’s so many different choices, feels really good.