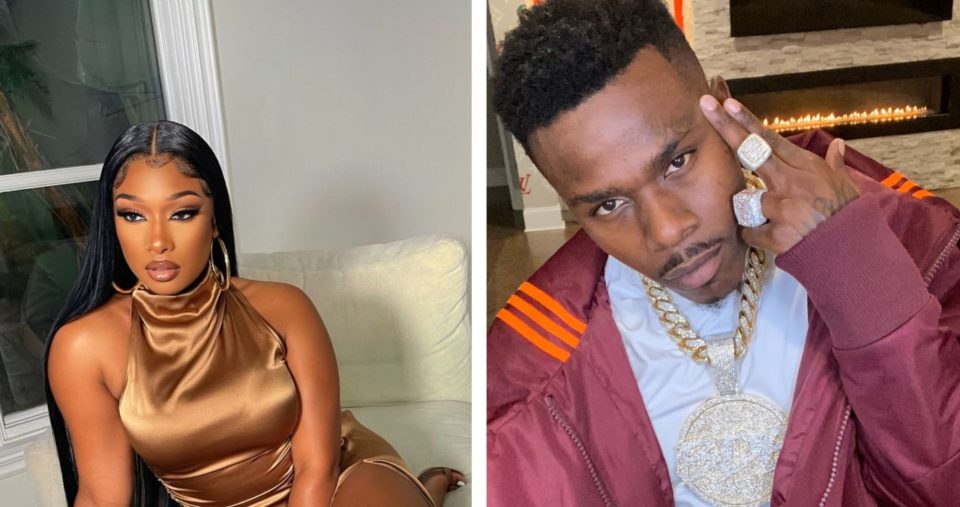 Megan Thee Stallion and Tory Lanez are understandably still at odds after she accused the rapper of shooting her in the foot late last year. But the Hot Girl rapper seems to expect everybody, including DaBaby, to ride or die with her dislike of Lanez. But DaBaby’s trying to get the bag, and the two got into a heated back-and-force on Twitter over the rapper’s recent retweet that seemed to support Lanez.

Here’s what went down. DaBaby and Tory Lanez recently released a collaborative single. Over the weekend, someone referenced the two of them being “cool” because they both shot someone and didn’t have to go to jail.

Idk what type of Illuminati shit Twitter got goin on😂…

I ain’t retweet nothing but “Ball If I Want To” promo.

I ain’t retweet that silly shit.

Then once ppl start tagging me & I saw it and tried to delete it and undo the retweet Twitter didn’t let me.🤔
Type shit yall on? pic.twitter.com/L8jafqONj2

Due to the retweet and the person involved in it, Megan felt offended and responded to the action that DaBaby’s Twitter account allegedly did.

support me in private and publicly do something different…these industry men are very strange. This situation ain’t no damn “beef” and I really wish people would stop down playing it like it’s some internet shit for likes and retweets.

That Tweet started a back-and-forth chain between the two artists.

You done let these folks get the best of you thug. ion got no bad energy for ya.

You know like I know I ain’t no “industry” nigga , let em fool you into thinking that you trippin.

Stand on what you stand on without feeling like I’m against ya.

My stance hasn’t changed at all YOURS has. We already spoke abt this in private and you specifically said “that ain’t even no good business move why would I promote that shit” but now this ain’t your “beef” ? That ain’t real. But you stay on ya “business” my g https://t.co/WeKAVD0xnu

Whoever cleared it cleared it, so what.
Shit still ain’t enough of my bidness for MFs to be feelin some type of way bout my pretty chocolate ass

Needless to say, we’re quite sure that this industry friendship is no longer valid.