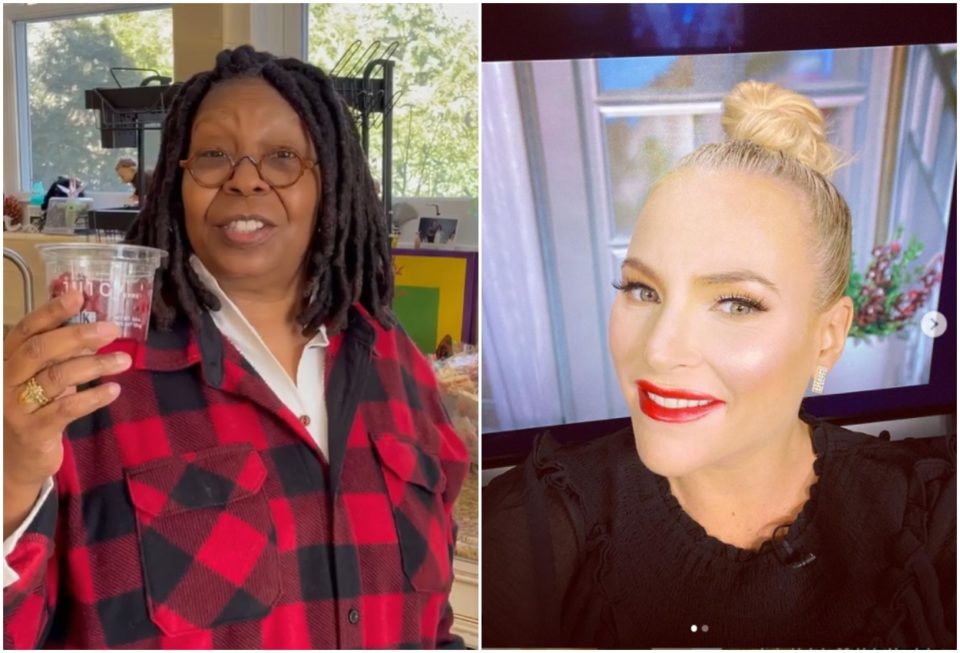 “The View” co-hosts, Meghan McCain and Whoopi Goldberg got into an on-air squabble Thursday after McCain criticized President Biden for his temperamental exchange with a CNN reporter over a meeting with Russian President Vladimir Putin.

McCain was in quite the mood as she compared Biden’s cranky behavior with that of Trump’s.

“Just because Trump was so bad, it doesn’t absolve Biden’s bad behavior,” McCain said about Trump’s many volatile exchanges with members of the media. “What he just did was 100 percent Trump-y. I just think I would like a little intellectual consistency. If Trump had done that, we would be screaming at the top of our lungs … one way or another.”

At issue was Biden’s touchy response when CNN’s Kaitlan Collins pressed him about his European trip and specifically how he would deal with Putin. She asked Biden what makes him so “confident” that Putin would do anything different.

The word “confident” seemingly struck a nerve with the irked commander in chief and Collins got a lecture.

“What the hell–what do you do all the time? When did I say I was confident? -What I said was … what will change their behavior is if the rest of the world reacts to them and it diminishes their standing in the world,” Biden said. “If you don’t understand that, you’re in the wrong business.”

Biden was leaving the Geneva press conference when Collins asked the question. He later apologized to the media on his way back to the United States for what some considered to be an impatient and snippy response. Before boarding his flight, he stopped to talk with reporters and admitted he was being a “wiseguy.”

“I owe my last questioner an apology. I shouldn’t have been such a wiseguy for the answer I gave,” Deadline reports.

Despite the apology, McCain, a member of the Washington, D.C., press corps, griped about Biden.

“It’s the press’s job to speak truth to power,” she said. “And just because Biden has gotten a pass so far … It is no one’s best interest to continue to treat him like it’s state TV.”

Meghan McCain: “I don’t care that you don’t care! We’re even!”

Whoopi: “Well, good, Meghan. You can be how you always are.”

Meghan: “You can be how you always are!” pic.twitter.com/p0waUKoPTX

But Whoopi Goldberg chimed in to remind McCain of how unapologetic the previous President had been.

“Yeah, the thing I never saw Trump do was to apologize to anybody,” Goldberg retorted.

McCain then injected with a terse response to Goldberg saying: “With all due respect, I don’t care that he’s apologizing, he just embarrassed himself.”

Goldberg hit back: “I don’t care that you don’t care.”

To which McCain shot back: “Well I don’t care that you don’t care, Whoopi, so we’re even!”

This isn’t the first time the two have sparred on live TV and clearly, Goldberg was done with McCain and transitioned to a commercial break as the two continued to argue.

“Well then, good Meghan, then you can be how you always are.”

“You can be how you always are!” McCain responded.

But after McCain popped off on Mother Whoopi, the Twitterverse had something to say about a white woman getting huffy and puffy with the Black culture icon.

“The disrespect continues,” said one commenter.

#meghanmccain has never been snatched tf up and it shows #TheView pic.twitter.com/ReXbx0Dn1W

Black women are expected to work w people like Meghan McCain all the time. Unqualified, mediocre white women who only got the job because of privilege. That’s why Whoopi apologized, for ever letting Meghan think she was important enough to get her outta character. #TheView pic.twitter.com/tmm29de6eN

Others made it plain that McCain was cancelled.

We’re so done with #meghanmccain show is so much more engaging without her #TheView https://t.co/Bkjlcj9G13

It was a sight to see. Check out the video of the heated exchange. 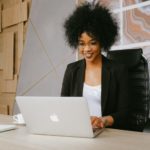 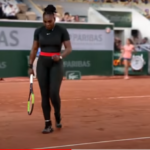 GOAT In Training: Serena Williams Gives Daughter Tennis Tips Like Her Dad Once Did

FacebookTwitterYoutube
← This 7-Course Bundle Is A Quick Guide To Becoming A Great Podcast Host ← GOAT In Training: Serena Williams Gives Daughter Tennis Tips Like Her Dad Once Did
×