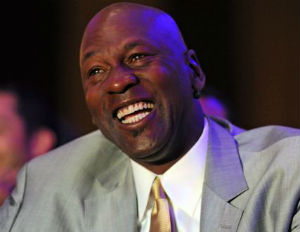 The greatest basketball player of all-time is taking a political position, according to the Associated Press.

The man who once said “Republicans buy sneakers too,” Michael Jordan, will raise money for President Obama’s 2012 re-election campaign.

Jordan will host a $20,000 per person fundraiser on August 22nd in New York City.

The Obama campaign plans to raffle off tickets for grass roots supporters to attend the event.