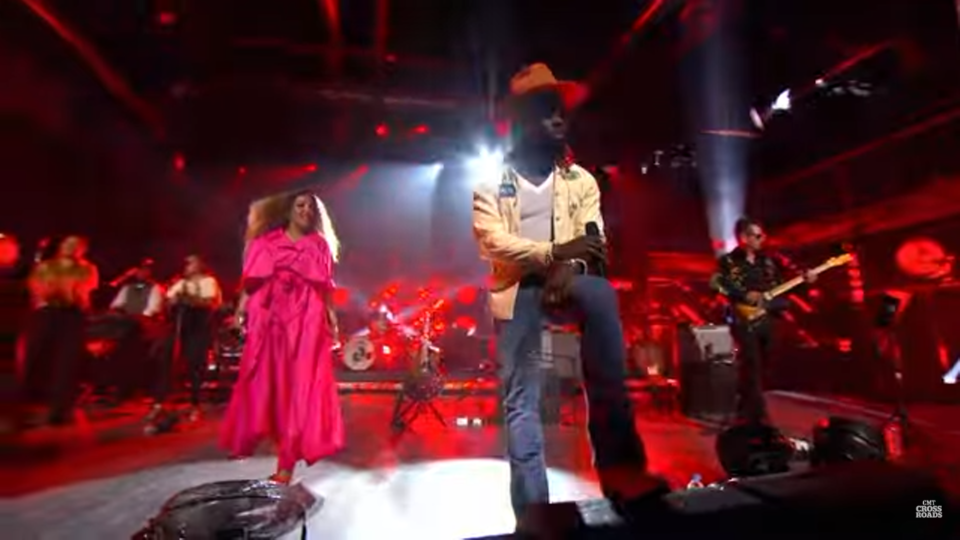 The country music star has teamed up with the band on several occasions including in April to perform a song together during the 2022 CMT Music Awards and People Magazine reports Guyton jumped at the chance to work with lead vocalist Eric Burton and guitarist Adrian Quesada. Guyton added the band first caught her attention when both were nominated for Grammys in 2020.

Guyton and the Black Pumas first performed together last year at an Arkansas concert and immediately felt a sense of chemistry and style in their performance.

“It feels almost familial,” Burton said about his relationship with Guyton. “When Mickey stepped in, it felt like she could have been a part of the band.”

The CMT Crossroads event featured each act’s music. In the first half, Guyton performed two of her biggest hits from her 2021 debut album “Remember Her Name,”  “Lay It On Me” and “Black Like Me.”

According to Guyton, hearing Burton sing her lyrics during rehearsals was a thrill as she could feel the soul of his voice in her lyrics.

“They’re roots, blues, and folk, and to hear him interpret it, you can hear the soul in the music,” Guyton said. “I always knew I had soul, but to hear it come from somebody else, you  can hear it in my music more, which is really cool.”

In the second half, Burton and Quesada played a cover of Neil Young’s “Heart of Gold” as well as tracks off 2019 self-titled debut album “Fire,” “Oct 33” and “Confines.” Quesada said the most challenging part of the collaboration was “cramming a lot into a couple of short rehearsals. We’re pulling it off, and it’s feeling good. But it was definitely diving into the deep end.”