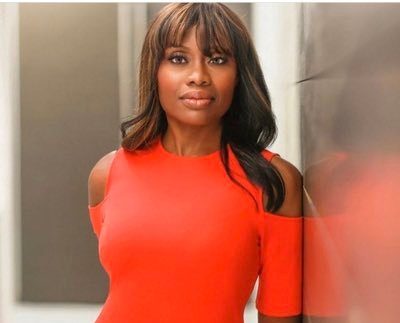 Charles, 47, appeared on CNN and MSNBC and wrote for ESSENCE magazine. No cause of death has been announced.

“It is with a profoundly heavy heart and the deepest sadness that we announce the untimely passing of our beloved Midwin Charles,” the family said. “She was known to many as a legal commentator on television, but to us she was a devoted daughter, sister, aunt, niece and cousin.”

“Our lives are forever changed and we will miss her for a lifetime,” the statement added. “The family thanks you in advance for your love and prayers. Please allow the family time to grieve.”

Her death was a sudden blow to many within the media and political industry.

MSNBC host Joy Reid in particular said she was “a brilliant spirit and beautiful soul.”

Dr. Jason Johnson, an HBCU professor at Morgan State University who frequently appears in the media, wrote a glowing obituary on theGrio.

Johnson, who was friends with Charles, said it was challenging to write the piece, saying she was a force to be reckoned with–perhaps an upcoming new Black face in mainstream media.

“[She was] like Taraji P. Henson before Empire, or Viola Davis before How to Get Away with Murder. She was Black famous, and we all just knew she was a step away from the opportunity that would give her all the flowers she deserved,” Johnson wrote.

One of Charles’ last appearances was on Tiffany Cross’s program, Cross Connection, discussing the Derek Chauvin trial and one year anniversary of Breonna Taylor’s death.

Cross has not publicly commented on her friend’s passing, but she took to Twitter to retweet shared sentiments from fellow Black hosts and commentators like The Nation’s Elie Mystal, The Talk’s Sunny Hostin, and CNN’s Elliot Williams.