Miguel's Rep Insists That He Practiced His Jump Twice 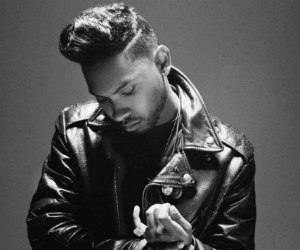 Looks like this book has added another chapter and it’s becoming a novel! Now, singer Miguel’s rep are saying that he practiced his jump, not only once, but twice.

As reported on AOL Black Voices, the singer’s representatives told TMZ that Billboard Music Award producers didn’t tell Miguel not to jump, but, in fact, asked him about the jump so that cameras can be in the right position to capture it. Which, if Miguel’s side is correct, supports his side as the cameras did catch the ill-fated jump.

Not that it would matter as Khyati Shah may have suffered brain damage as the result of it. Now it may be a matter of who will accept responsibility because of the stunt.

Should it be solely on Miguel for actually doing it or should the Billboard Music Awards share in the blame because they knew beforehand what would take place?

One thing we do know, this is not over.

Remy Hair Heists on the Rise

Wanda Sykes to Host Comedy Specials on Oprah Winfreyâ€™s OWN