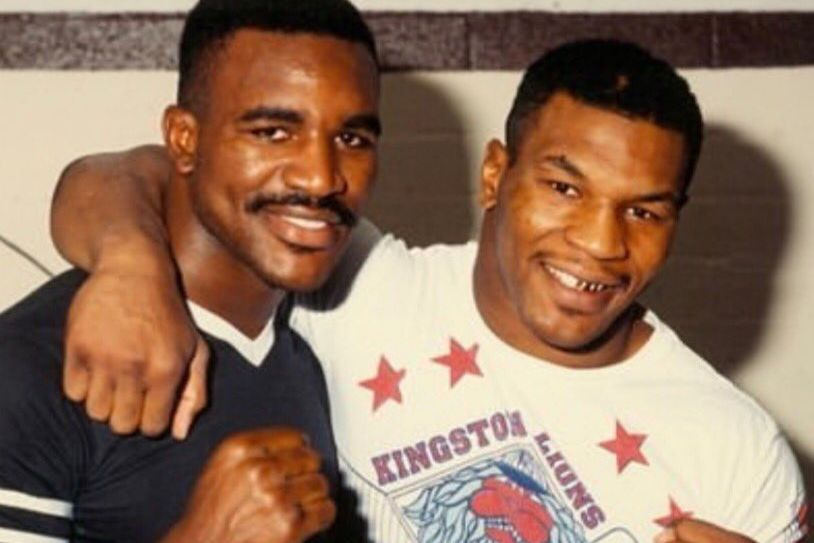 Last week, BLACK ENTERPRISE reported that ex-heavyweight champion Mike Tyson has been in the gym training and considering getting back into the ring. Now we hear that his former nemesis, ex-heavyweight champion Evander Holyfield, is doing the same. Holyfield has even said that he envisions having a third bout against Tyson but this time, they will do it for charity, according to Boxing Scene.

At 57 years old, Holyfield is making a return to the ring and has his eyes set on having a third fight with the 53-year-old Tyson. According to reports, he would like to stage an exhibition boxing match to raise money for his charity Unite 4 Our Fight.

“I’ve already done what I wanted to do in my career, and have been the best that I could be. If it wasn’t for charity, I wouldn’t fight Tyson,” Holyfield told Boxing Scene in an interview. “I don’t look at it as being a winner in this fight. This is a charity event helping our foundations. The thing is knowing what you’re doing it for.

“I’m not afraid of [Tyson] or anything like that, as long as it works for both of us [financially]. I wouldn’t ask for him to do it if he didn’t want to. He’d have to ask me. It’s like being the bully, I already beat him twice.”

Just last month, Tyson said he’d consider making a comeback and fight in four-round exhibition matches. After seeing a video of Tyson training, Bare Knuckle Fighting Championship offered Tyson $20 million for a fight with one of its athletes.

Tyson also spoke to rapper and entrepreneur T.I. on Instagram Live and revealed that he is back in the gym and wants to involve himself in some charitable exhibition bouts.

“I’ve been hitting the mitts for the last week,” Tyson said. “That’s been tough, my body is really jacked up and really sore from hitting the mitts. I’ve been working out, I’ve been trying to get in the ring. I think I’m going to box some exhibitions and get in shape. I want to go to the gym and get in shape to be able to box three or four-round exhibitions for some charities and stuff. Some charity exhibitions, make some money, help some homeless and drug-affected (expletive)s like me.”

According to Boxing Scene, bookmaker SportsBetting.ag listed that a pro or exhibition boxing match in 2020 between Tyson and Holyfield would be a tossup with even odds of -120 on both sides.

“My whole thing is that I’ll do exhibition matches with people that I trust,” said Holyfield. “It’s important in an exhibition to describe how you want it to be. You talk about how to work together. It’s not going to be a tough fight. If you hit me hard, I hit you back hard. That’s my attitude. I have the hand speed and can pop you and move on with my business. I can hold my own, but I’m not here to hurt people. I can fight — plus, I am in better shape than them. If I wasn’t in shape, I wouldn’t go in there with anybody.”