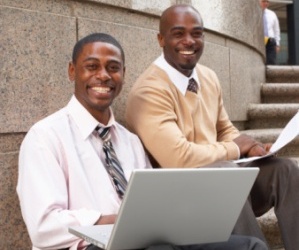 A new study shows that young people around the globe are 1.6 times more likely to want to start a business than adults over the age of 34. Â However, it is older adults who are the ones actually running mature businesses and hiring more employees. The findings are part of the annual Future Potential report released by The Global Entrepreneurship Monitor (GEM), set up by Babson College among others.

The GEM report looked at entrepreneurial trends across different ages, regions, and gender. It analyzed data collected from 2012 to 2014 and shines a much-needed light on what drives young entrepreneurs and what impacts their success — or failure — in five regions: sub-Saharan Africa; Middle East and North Africa; South and East Asia; Latin America and the Caribbean and the European culture countries, including the United States and Canada.

Mike Herrington, executive director of GEM, explains the reason for the report’s focus on youth: “A shortage of employment opportunities, especially among the youth, is a major problem in the world. This has been exacerbated by the financial crisis and global economic downturn. Fostering effective entrepreneurial activity among the youth is seen as a critical development strategy in order to integrate them into the labor market and harness their potential to contribute to sustainable economic development,â€ he says.

While young people, ages 18 to 34, in all regions are typically more active in starting new businesses than adults, the research found that not all youth-run businesses are likely to generate significant numbers of jobs (73% of business run by youth under 24 years are one-person businesses). They are also less likely to be running businesses that have survived beyond their first three-and-a-half years, while adults over 34 years are 1.7 times more likely than youth to be running mature businesses.

Finding ways to make youth businesses more sustainable, and also to identify and support high-potential, high job-creating businesses in different contexts is a central message of the GEM research. The report concludes that finding ways to capitalize on the motivation of young people who are eager to start businesses but may lack the skills and networks to do so successfully must be a priority.