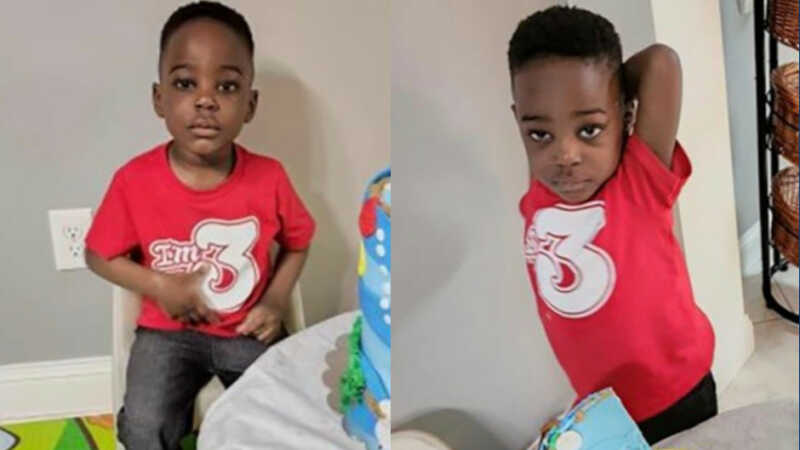 A 3-year-old boy in Boston was found dead in a shallow pond one day after the toddler was reported missing from his babysitter’s house.

Harry Kkonde’s body was found on Wednesday, more than a day after he went missing in the Pawtucketville section of the city, reports CBS News. The State Police dive team located Kkonde’d body in a pond at Ronald Perron’s farm near the babysitter’s home where the child was first reported missing.

Police searched the pond the day before but didn’t locate the boy. While rechecking the area a day later Kkonde’s body surfaced.

He was found floating in about five feet of water wearing the same clothes he was last seen in. There were no signs of trauma to his body.

The boy’s parents had dropped him off at the babysitter’s house on Tuesday morning, reports The Independent. A neighbor saw him playing in the yard around 9:15 a.m. and about 15 minutes later, the babysitter called 911 to report the child missing.

The babysitter was also watching one other child at the time of the incident. Perron is still in shock that the child’s body was found on his property.

“I don’t cry too much but boy it really was a shock,” Perron said. “I never thought that they were going to find this kid in my pond.”

The boy’s parents are mourning the tragic loss of their young son with support from the Ugandan immigrants in the local community.

“We had the hope that he was going to come home alive,” family friend Maureen Kalemba said. “It was so devastating to know that Harry just ended in that pond.”

“We feel empty. We don’t have any other words to express how we feel.”