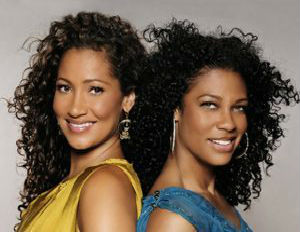 Research shows that wearing their natural hair makes black women feel liberated, confident, and different from others, giving them a tremendous sense of pride in being black while displaying their natural beauty, notes Tonya Roberts, Multicultural Analyst at Mintel. “The prominence of the market reflects the high price tag of many natural hair care products, but consumers appear willing to pay the price for a natural look.â€

The natural hair movement is greatly shaping the U.S. black hair care market. New research from Mintel reveals that sales of styling products have increased 26.8% from 2013 to 2015, reaching an estimated $946 million and now comprises 35% of black hair care sales.

But it’s not just black men and women; the power of individualism in the growing space of multicultural beauty has led to a shift in beauty ideals where men and women embrace their cultural identities by expressing themselves through fashion statements in which curls and afros are the center of attention.

Wendi Levy and Kim Etheridge are two biracial women who started their company Mixed Chicks in 2004, because they were frustrated by the dearth of products for their combination–not straight, not kinky–hair. After tinkering with mix for their own hair, friends and family started encouraging them to package it. Soon, they had a full blown business running out of their garage. After a little door-to-door hustling, a few celebrity endorsements (such as Halle Berry), and a ton of online customer support, Mixed Chicks now sells products in stores such as Target and Rite Aid.

Levy and Etheridge understood not everyone has the same exact hair texture, so their all-inclusive brandÂ serves the needs of every hair type. They’ve been determined to help women recognize the beauty in their differences, and they believe that their unique qualities are cause for celebration.

But it’s not just women. Mixed Chicks for men, akaÂ HIS MIX,Â is a product line the duo introduced two years ago. It is a system formulated to work on curly, frizzy, or unruly hair. And the brand is still growing and evolving.

His Mix Firm Hold GelÂ is the latest addition to theÂ Mixed Chicks Men’s line, which was inspired by women who know what they like in men. Also, there is the new His Mix Daily Conditioner, which has added castor oil to improve scalp circulation and promote healthy hair.

More than one-third of ethnic consumers report that they are constantly looking for ways to improve their appearance, and in the quest to look their best, they are open to trying various hairstyles. The “naturalistaâ€ movementÂ is driving the need for products that addresses curl control—a predominant concern for ethnic consumers–and prevents hair breakage as well as frizz. As demand continues, multicultural brands like Mixed Chicks will remain firmly rooted in the industry and on store shelves.