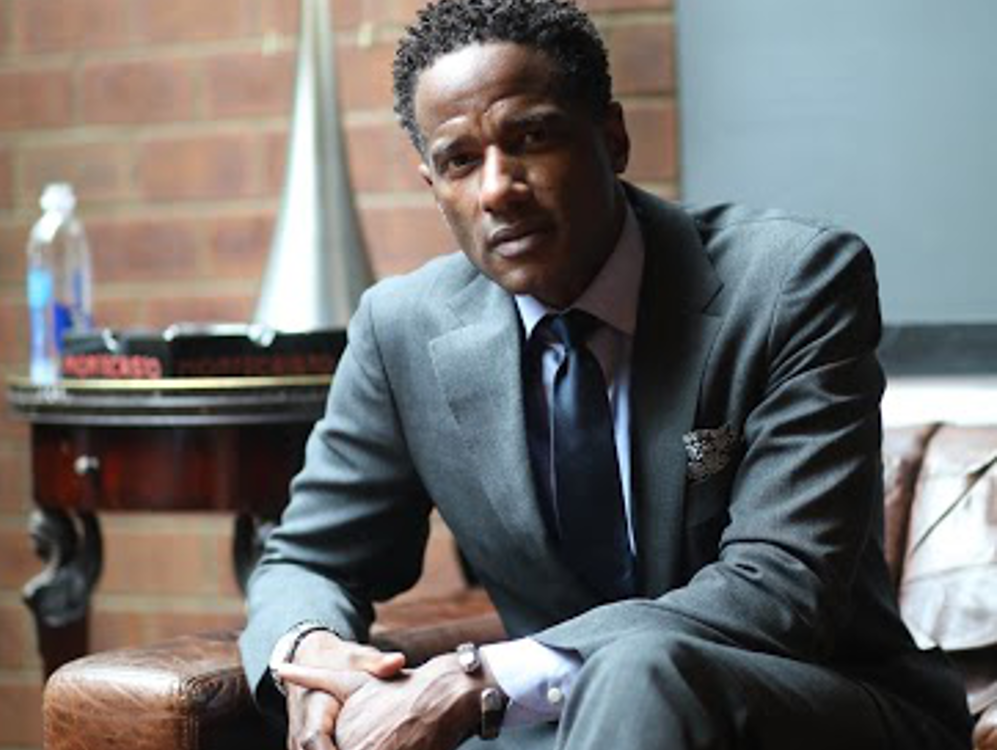 One Word That Describes You: Student

I remember clearly a day when I was a kid, promising myself that I would never live a normal life, however I define “normal”” I think it has worked out that way. The catalyst is being a diligent student of life and events.

Being one of the BEMM 100 Men of Distinction reinforces a personal axiom: Humanity. We are in a time that rewards negativity, but bad news cannot outweigh core humanity. By that I mean being who we are supposed to be, each one according to the unique gift of personhood he or she has been given. That is a blessing that each one of us can provide to the next person.

All of my previous experience rolled up into a complete disaster I had a few years ago. After four straight years of putting 20 hours a day and every fiber into a business …the bottom fell out. I remember so clearly standing in the street, asking, “Now where will I sleep tomorrow?” The introspection lasted 10 long minutes, then I decided not to stare at it because it was so demoralizing. Then I began first to read; first the book of Psalms #77. This next part sounds corny, like I’m channeling “Rocky,” unless you’ve been there: I then thought, ‘This is what my folks built me for!’ Especially my mother, so I told no one and just started moving. It was not an emotional moment. I was looking at exact steps. In a few weeks, I created a brand new life, digging deeply for unique skills that I could put into play. After I came out of the situation, I shared the experience with some and discovered a stunning truth. Those who are true friends will not say, “Ahh, man, you should have told me. I would have helped.” Instead, after sharing the story, I have been asked, even years later, “How are you doing today?” That was huge. It made me patient with other people’s struggles and [I’m more] conscious never, ever, ever to judge. Listen for that question the next time you go through a tough time.

I look for how quickly and respectfully we can get to real talk. I don’t mean just blunt and plain truth, but truth delivered in the context of trust. Not to say that truth without trust is not still truth. We should not be so sensitive as not to listen closely for truth, even from strangers. But, truth delivered in context makes for a deeper change. With each person we know and meet, that particular language and the dance of meaning underneath the words is a delicate one. That dance is one I embrace. Real women and men know we can’t forsake the dance. I have made a real friend in a day, another real friend in a year. Both relationships are equal in value to me.

In 2015, my business partner Michael Cerenzie and I negotiated the largest film deal of its kind (valued at $800 million) with the state-run China Film Group. Right now, I continue to work in film, currently planning a two-day programming session for the Cannes Film Festival on “Women, Diversity, and Global Entertainment: A Multi-Sector Approach,” working with a wonderful CEO and producer, Monica R. Cooper of Make It Happen Entertainment. We are bringing both prominent and less heard voices to move the conversation past the traditional observation, “we need more…in film” to how we can begin work today, in asymmetric collaborations across business, art, and policy. Also, on the heels of a 2017 talk and paper delivered at Oxford (Pembroke College), I am grateful to have been named in 2018 Associate Contributing Editor to the world’s foremost journal of African diaspora art and literature, The Callaloo Journal, founded by the eminent Dr. Charles Rowell. We have a number of projects in the works, including a forthcoming 2019 collaboration with a major university to host in Florence, Italy, an examination of blacks in the Renaissance. Finally, among the latest ventures, it is a pleasure to have been invited just now to the board of ServiceNeverSleeps.org. We are using an “allyship” approach to build bridges to ensure equality, opportunity, and inclusion for everyone .

Daily, my work is as a communications executive for various clients, including the NBPA Foundation, the charitable arm of the union of professional basketball players, under the leadership of Sherrie Deans. Today’s players go far beyond the stereotypical charity of celebrities. They are making a sustainable difference for the communities they come from and in the world at large. For example, in Flint, Michigan, we are helping to provide families in need with free coupons for vegetables at a local farmer’s market. Over two years, the NBPA Foundation has funded more than $155,000 worth of redeemed vouchers, using posters of NBA players to help promote the program in area schools.

It came from Mr. Brooks at my church back home in Texas. “If you don’t need it, it’s not on sale.” It may sound like advice on money. It is that, but also, when it sunk in, it made me concentrate on how to relegate the expendable things in life to being truly expendable. I’ve morphed that advice into my own version, “It ain’t low-hanging fruit if that fruit ain’t important.”

I take an example from Nehemiah here. He rose to a high position but still felt an ache to help his people rebuild the tattered wall around Jerusalem. But he didn’t just run out of his post. He met with his king. He surveyed the situation. Got funding and permission from the king. Fended off attacks alongside everyone working, including many who did their work with one hand and held a weapon in the other. The advice: rebuild the wall. Everybody has a part.

Study. Down to the gnat’s toenails, I do my homework. On everything, everybody. The room, the coffee, the  smallest thing. I take a major cue from art producer Asad Raza, who is quite gifted at  “solving the scenario,” a phrase I borrow from Han Ulrich Obrist during an interview I wrote for Huffington Post about Asad. I also grab a random book off the shelf, often, because I know there will be some useful analogue to open up my thinking. This is the pregame ritual.

I will be banned from NYC if the first line here does not include a perfect cigar and silence, made even better if discussing the world’s events with artist Gavin Baker from his Tokyo studio, 10k East. I call those moments themselves cheap vacations. But, if I were to think classic “best vacation,” it would be a non-vacation trip to Brazil to teach photography. We went to a neighborhood in Mare just outside of Rio’s center, a destination that taxis didn’t even want to go to. Finally, one said, “Cool. But only at the gate.” Some with the group began to snap photos and I caught a bad chill at that because I could imagine word running up the mountain in a bad way of some disrespectful tourists. But I’m not a tourist. It wasn’t my neighborhood, but it was an “us” that I knew. So, before doing anything, with Kristin Hayden as my witness, I asked that we all stop taking photos and find the photo man. People asked if I knew someone there. I didn’t, but I know that every neighborhood has someone who’s been there many years before me, taking pictures. The kids found him. He saw my Brownie camera, then pulled out a fly digital camera he uses along with a box camera that he made by hand. After we chopped it up for a few, he gave his implicit blessing for me to move freely … with the images eventually being exhibited under the sponsorship of Starbucks at their then-busiest location in NYC. That is love.

Jumping on a plane right now, I would go to Nova Scotia and spend some time. From Veracruz, Mexico, to the top of Canada we moved at the impulse of slave conditions. I want to see the trail. Then off to Kamchatka peninsula to see bears, salmon, volcanoes, and small towns. Who resists that?

What is your “Extraordinary Impact”? (Describe how you are making a major difference for others, in a way that distinguishes you as extraordinary in your profession and/or day-to-day life).

I work continuously at the macro level, particularly with foundations and other social sector groups, e.g. publishing over 200 articles with Markets for Good. However, I fully believe the biggest impact does not happen on stage. I mentor on a one-on-one level with a focus on building capacity in young men. I am thankful, for example, that Roudy St. Fleur has taken a large hand in helping me build the Iceball property. He does not know it but he has done CEO-level work and done it very well. I put responsibility in their hands. Further, I teach whenever and whatever I can: photography, Spanish, Portuguese, Sunday School, and more.

Send good thoughts on running, and come run with me in Central Park. Trying to break a personal best (2 hours, 53 minutes) in the marathon over the next 12 months. Another mountain.