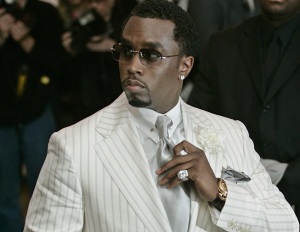 Late yesterday afternoon, a report surfaced that rapper/actor/consummate businessman, Sean ‘Diddy’ Combs, was arrested following an altercation with his son’s football coach at UCLA. Sources cited in the story claim that Diddy was attending a team practice in support of his son Justin Combs, a defensive-back on the team, when he took exception to the way the team’s strength and conditioning coach, Sal Alosi, was reportedly “riding Justinâ€ and “screaming intensely at himâ€.

[Related: From 1999 Cover Subjects: 3 Hip-Hop Business Leaders and Where They Are Now]

Conflicting stories have emerged of what exactly prompted the arrest of Combs, but per a recent report, the most updated charges levied by UCLA police include three counts of assault with a deadly weapon – which is a felony, one count of making terrorist threats, and one count of battery. The ‘weapon’ was claimed to be a kettle-bell.

A source close to Diddy claims “that he acted in self-defense.” According to the source, Diddy tried to speak with Alosi to no avail. At some point, Alosi threatened to call security when Diddy refused to leave, but Diddy dialed the police first, and then Alosi reportedly “snapped…going after Diddy with his hands.” Diddy reacted by reaching for the kettle-bell as a defensive shield, but reportedly didn’t plan on swinging.

Combs, who has had several run-ins with the law previously, is currently free from Los Angeles County jail after posting $50,000 bail

Regarding the incident, football coach Jim Mora said in a statement – “I’m thankful that our staff showed the level of professionalism that they did in handling this situation. This is an unfortunate incident for all parties involved. While UCPD continues to review this matter, we will let the legal process run its course and refrain from further comment at this time.”

Sal Alosi’s conduct on the field has made headlines before, most notably when the former NY Jets head was suspended indefinitely in 2010 after tripping a Miami Dolphins player, and instructing his players to line up along the sideline to potentially impede opposing players. Alosi and the Jets organization were fined by the NFL, and a disgraced Alosi resigned in January of 2011.