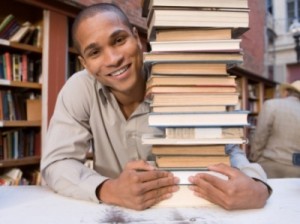 The authors of the study based it on an unusual experiment in which more than 300 admissions officers at selective institutions passed judgment on hypothetical applicants from various socioeconomic backgrounds. Officers who had been provided with detailed information about applicants’ high schools were about 13 percentage points more likely to recommend the admission of a student of low socioeconomic status than were officers who had been given more basic information conveying a humble background.

How admissions officers responded to applicants remained consistent regardless of the officers’ own background, their offices’ practices, or the selectivity of their institution, according to a paper by the researchers, Michael Bastedo, director of the University of Michigan’s Center for the Study of Higher and Postsecondary Education, and Nicholas A. Bowman, director of the University of Iowa’s Center for Research on Undergraduate Education.

Admissions officers “showed a willingness to reward applicants for overcoming obstacles rather than penalizing applicants for attending an insufficiently rigorous high school,â€ says the paper, which was presented on Saturday, Nov. 7, in Denver at the annual conference of the Association for the Study of Higher Education.

The paper says the experiment’s outcome suggests that the failure of selective colleges to enroll more low-income students “may be partially due to a lack of high-quality information rather than an unwillingness to consider class-based disparities or an overreliance on any litmus test for admission.â€

Lindsay C. Page, an assistant professor of research and methodology at the University of Pittsburgh’s School of Education, who reviewed the paper, cautioned that Mr. Bastedo and Mr. Bowman had focused on a simulated experience for admission officers, not real-life decisions. She asked, “If they really implemented this in the context of high-stakes admissions, would we see something different?â€