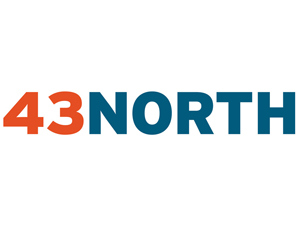 The Business Idea Competition, 43North,Â announced 110 semifinalists from a pool of 3,007 qualified submissions for its 2015 competition. The list of startup companies and their hometowns can be found atÂ www.43north.org/semifinalists. “This year the competition substantially increased women and minorityÂ participation,â€ informed a competition spokesperson. 43North is lauded as one of the largest business competitions in the world.

In the first round of the competition, which took place between March and June 2015, applicants provided a vision for their venture, including their business concept, target customers, industry overview, the competitive landscape, and the revenue potential of their business. In August and September 2015, semifinalists will be asked to complete a more in-depth Round 2 online application, and then present their business ideas to a team of 43North judges via a video conference.

The competition, which culminates in October, offers $5 million in cash prizes in the form of a one million-dollar award, six $500,000 awards, and four $250,000 awards. Winners also receive free incubator space in Buffalo, New York for a year; guidance from mentors related to their field; and access to other exciting incentive programs, like START-UP NY. Governor Cuomo’s Buffalo Billion initiative is the primary funding source for 43North, with support from the New York Power Authority.

KeepUp tracks Facebook, Twitter, Instagram and other social media channels for 12 major life events and puts you in control of who you follow, what events you see and when you get updated. It searches friends’ conversations, pulls out announcements and even finds events that haven’t been self-reported.

“Trying to keep up with friends and family is basically a part-time job,â€ explains Davis and Washington on the 43North website.Â “If you take a day off, you could miss out on really important events. This app solves that problem and allows you to tap into the reason why we signed up for these sites in the first place.â€

This week KeepUp announced that they are looking for more Beta testers and giving away a $50 Amazon Gift Card toÂ oneÂ KeepUp Insider.

On October 29, 2015, 43North’s 11 finalists will pitch their business ideas in-person in front of a high-profile panel of judges at Shea’s Performing Arts Center in Buffalo. Later that day, 43North will hold its awards ceremony to announce which awards its finalists will receive. 43North Week — a celebration of entrepreneurship and innovation in Buffalo — will take place over the course of the week that precedes the finals.