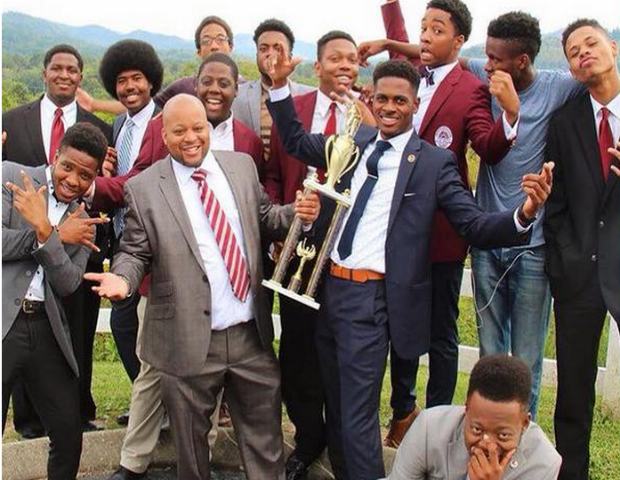 The Morehouse College Speech and Debate Team won its first tournament of the 2015-2016 season at the University of the Cumberlands in Harrisburg, Ky.

“What a time to be alive!” wroteÂ Jonathan R. CarlisleÂ on the team’s Website.

[Related: Remembering Julian Bond As A Champion of Black Enterprise]

Students from schools across Georgia, Tennessee, and Kentucky, competed for the 1st place trophy for overall best performance, and competitors were judged on their intellectual, communication, and discourse skills.

The tournament is sanctioned by the International Public Debate Association (IPDA), whose debate format is an individual platform that offers students an opportunity to compete at various levels in four divisions: Novice, Junior Varsity, Varsity, and Professional.

The International Public Debate Association, founded in 1997, is one of the fastest growing interscholastic debate associations in the nation, offering competitive programs in states from California, to Florida, and from Texas, to Michigan.

The Morehouse College Debate Team, currently led by the director of the Morehouse College Forensics Program, Ken Knewby, was formed in 1906 and has gained national and international acclaim. Its lauded alumni include Howard Thurman and Dr. Martin Luther King, Jr. The team competes and has won titles on both the National Parliamentary Debate Association (NPDA) and British Parliamentary, or Worlds, debate circuits. Members of the team have traveled to competitions in countries including Germany, Bangladesh, and India.

National debate competitions have only recently seen big wins by African American teams or individuals, as the first black pair to win the Cross Examination Debate Association tournament, another prestigious competition, was in 2008, and Ameena Ruffin and Korey Johnson made history as the first black women to win a national debate conference. From the days of Wiley College’s team overcoming racial challenges to the resurgence of African American involvement on the national scale—in an arena that has been historically majority white—HBCU and all-black debate teams have been breaking barriers and leading in excellence around the world.