Meet the Three Most Powerful Female Executives in Music 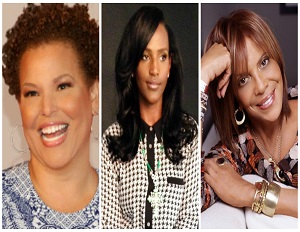 Recently, Billboard unveiled their ‘Women in Music 2015’ list where they spotlighted leading female executives in the industry whose resumes speak volumes to their contribution to the business.

“The trailblazing women executives who are celebrated in these pages aren’t just leading the music industry — they’re transforming it,” wrote presidential hopeful Hillary Clinton in her introduction to the publication’s annual Women in Music issue.

[RELATED: NABFEME: The Premier Organization for Women in Music and Entertainment]

Among the list of power women are a few familiar names, including BET Network’s leading lady and Black Enterprise Women of Power Summit 2016 speaker,Â Debra Lee. Â Taking into account a number of factors, including business impact, audience, market share and chart and/or tour performance of their artists within the past year, 50 women were selected in total; including the three black womenÂ below, who are making a difference in music.

Debra Lee, Chairman/CEO BET Networks: Despite a 1.4 million viewer dip in 2015 and a rough year that’s been marked by layoffs and restructuring from BET parent company Viacom, Lee makes it clear that these issues “[haven’t] slowed us down.” The BET Awards still ranks as cables No.1 awards telecast, and their recently added BET Experience festival has proven to be a success. Now in its third year, the BET Experience festival has had a 36% increase in attendance this year and has been renewed through 2018.

Ethiopia Habtemariam, President of Motown Records; President of Urban Music/Co-head of Creative, Universal Music Publishing Group: At just 14 years old, Habtemariam got her start in music as an intern for LaFace Records. Now, at 36, she has established herself as a force to be reckoned with in the business, having re-upped global publishing deals for J. Cole, Big Sean, Childish Gambino, and Nicki Minaj.

Sylvia Rhone, President of Epic Records: Known as a music industry veteran, Rhone first joined the Epic Records family in 2013 with the joint venture, Vested in Culture (VIC). Then, in 2014 she was named president of the record label. In her executive leadership role, she has spearheaded the careers of many top 10 Billboard 200 artists, including Future, Fifth Harmony, Travis Scott, Sara Bareilles, and Meghan Trainor. Rhone was also behind the innovative marketing of Scott’s debut album Rodeo, which had a $150 action figure that also appeared on the cover.

“No one in hip-hop has ever had a debut album released along with creative, Â­interactive merchandise,” Rhone tells Billboard.