'My Son Didn't Deserve This': Mother of Baby Shot in the Head by Houston Cop Speaks Out 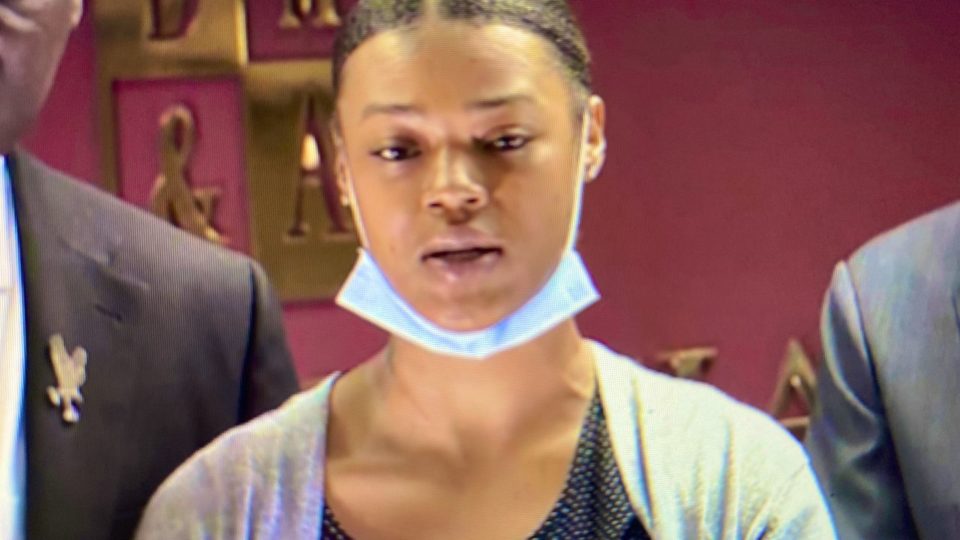 After a tragic incident where her baby was shot in the head by a Houston police officer earlier this month, the mother of the 1-year-old boy says her son still remains in intensive care. She added that her “son didn’t deserve this.”

According to NBC News, the baby’s mother, Daisha Smalls, was putting gas into her vehicle on March 3 when Houston police officers who were chasing a robbery suspect, shot a weapon into her car and struck her baby boy, Legend Smalls, in the head. Before the suspect was killed, he jumped into Smalls’ car, and an officer claimed that he feared that the suspect was trying to carjack her according to Houston Executive Assistant Police Chief Troy Finner.

“My son didn’t deserve this,” Smalls said Tuesday while speaking with her attorney, Benjamin Crump. “He still has bullet fragments in his head, and he’s in intensive care. And I just want my baby to be safe…I just want him to recover.”

“Why would they shoot knowing she was in the car? Not knowing who else was in the car,” Crump said, according to CNN. There could have been children, there could’ve been others in the car, but they shot. Regrettably and tragically, little Legend will live the rest of his life with the consequences of their decision to shoot into his mama’s car even though they knew she was in there.”

Legend was on a ventilator for more than 10 days and has had multiple seizures. Because of the swelling on his brain from the bullet in his head, part of his skull was removed.

Daisha Smalls joining attorney Ben Crump weeks after saying her 1 year old son, Legend, was shot by Houston Police when a suspect, they were chasing, took them hostage in their car at a SW Houston gas station. Legend is still in the ICU. https://t.co/Tbq4MUc2p5 📸: Ben Crump Law pic.twitter.com/WeEn7Pubqe