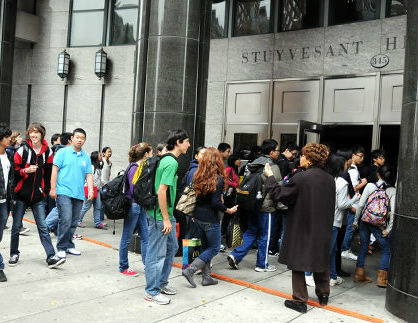 In the complaint, the civil rights organization cites the city’s eight elite schools, which require specialized testing to be considered for admission. The NAACP criticizes the city’s Specialized High Schools Admissions Test, which it believes is unfair to black and Latino students who are denied admission at much higher rates than white and Asian students.

The U.S. Department of Education will review the NAACP‘s complaint. If the department finds the complaint to be just, it would work with the city to change its policies–which may require new state legislation.

HBCU Employee Says She was Fired for Being White