Documentary, 'Nas: Time is Illmatic' to be Released in October 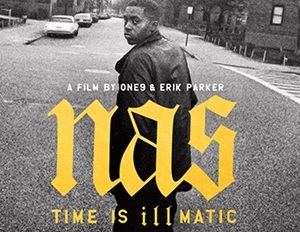 Twenty years after releasing his groundbreaking debut album, Illmatic, Nasir Jones, aka Nas, is releasing the documentaryÂ Nas: Time Is Illmatic, which details the making of the album.

The film takes Nas back to his childhood home in Queensbridge, a public housing project in Queens, New York, and shares stories of his upbringing starting with his jazz musician father, Olu Dara, to the burgeoning hip-hop scene in New York City.

Nas: Time Is Illmatic will be released in New York and Los Angeles starting Wednesday, Oct. 1. It will then hit movie theaters across America on Thursday, Oct. 2 for a one-night-only special showing of the film.

The documentary features interviews with Illmatic producers (Large Professor, Pete Rock, Q-Tip, L.E.S., and DJ Premier) and Nas’s musical peers (including Pharrell Williams and Alicia Keys).Â Nas: Time Is Illmatic is a thrilling account of Nas’s evolution from a young street poet to a visionary MC.

The documentary is directed by multimedia artist, One9, written by Erik Parker, and produced by One9, Parker, and Anthony Saleh.

Tickets are now on sale for all screenings at the theaters’ websites. For more information, visit www.TimeIsIllmatic.com #TimeIsIllmatic