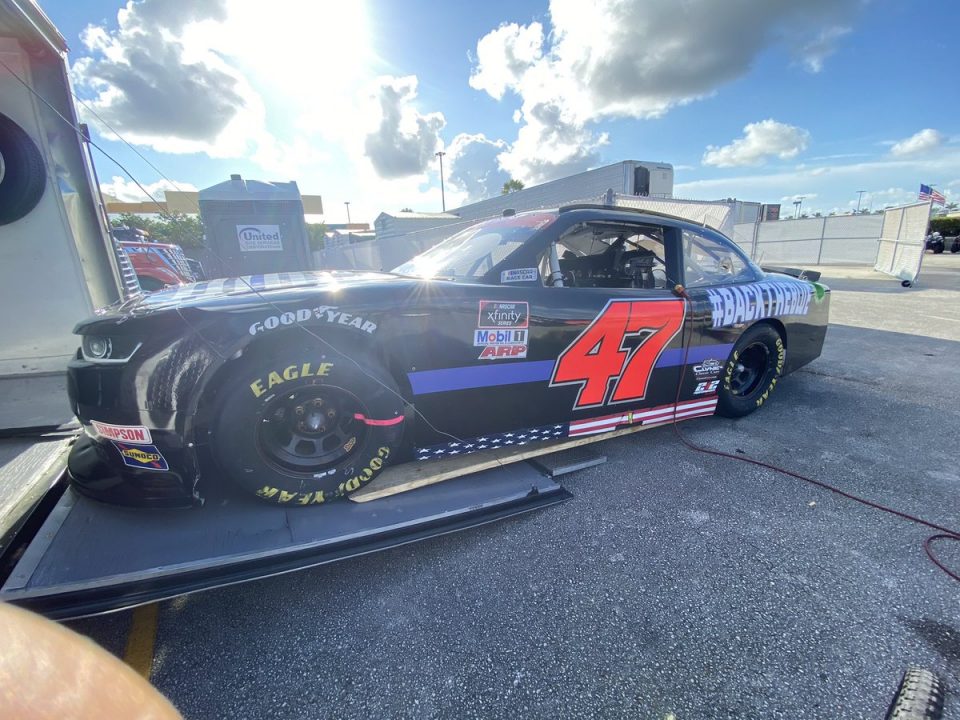 NASCAR driver Kyle Weatherman debuted a new “Blue Lives Matter” paint scheme on his Chevy Camaro over the weekend at the Homestead-Miami Speedway.

According to NPR, Weatherman, an Xfinity Series driver, and his racing team said it was a show of solidarity and support for law enforcement officers and first responders and to thank them for their “service, sacrifice and dedication.”

Mike Harmon Racing, the team Weatherman drives for, tweeted an image of the car Saturday which includes a Blue Lives Matter flag on its hood and #BackTheBlue painted over each of the vehicle’s rear tires.

“Mike Harmon Racing supports our LEO’s [law enforcement officers] and First Responders, we THANK YOU for your service, sacrifice and dedication,” the team tweeted along with photos of the car

The 22-year-old driver finished the race Saturday 33rd out of 37 drivers as he dealt with transmission issues. Last week Darrell ‘Bubba’ Wallace, the only black driver on the NASCAR circuit, debuted his Black Lives Matter paint scheme at Martinsville Speedway.

Wallace also called for the banning of the confederate flag at NASCAR events telling CNN’s Don Lemon, “No one should feel uncomfortable when they come to a NASCAR race. It starts with Confederate flags,” Wallace said. “Get them out of here. They have no place for them.”

The next day NASCAR announced they would ban the confederate flag at all NASCAR related events.

“The presence of the Confederate flag at NASCAR events runs contrary to our commitment to providing a welcoming and inclusive environment for all fans, our competitors, and our industry,” A NASCAR spokesperson said June 11. “Bringing people together around a love for racing and the community that it creates is what makes our fans and sport special. The display of the Confederate flag will be prohibited from all NASCAR events and properties.”

While the news was hailed as a step forward, NASCAR received backlash from fans and drivers. Truck Series driver Ray Ciccarelli posted Wednesday that he will leave the sport at the end of the season due to the news.

Ciccarelli’s, who has never won a NASCAR event, did not receive much support for his announcement.  LeBron James responded on Instagram saying “Bye Bye!! I can probably say they won’t miss you.”

Wallace also responded to Ciccarelli telling MSNBC “I’ve only seen one driver, and I wouldn’t really call him a competitor. I haven’t really seen him much on the track.” Wallace said. “The guys I’m racing with, my peers, they’re supportive of NASCAR and supportive of my stance on everything and that means a lot. One driver I haven’t heard much about in years doesn’t really count, doesn’t really matter.”