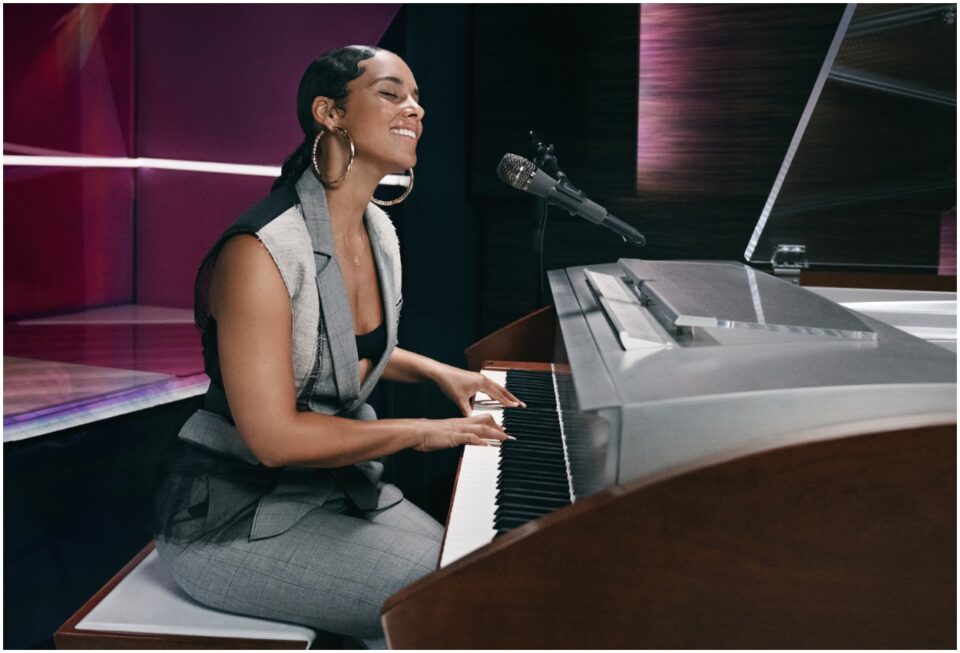 Alicia Keys’ debut album “Songs in A Minor,” Ricky Martin’s “Livin’ La Vida Loca” and Journey’s “Don’t Stop Believin” are some of the unforgettable sounds of the nation’s history and culture joining the National Recording Registry of the Library of Congress.

Librarian of Congress Carla Hayden today named 25 recordings as audio treasures worthy of preservation for all time based on their cultural, historical or aesthetic importance in the nation’s recorded sound heritage, according to a press release.

“The National Recording Registry reflects the diverse music and voices that have shaped our nation’s history and culture through recorded sound,” Hayden said.

“The national library is proud to help preserve these recordings, and we welcome the public’s input. We received about 1,000 public nominations this year for recordings to add to the registry.”

The recordings selected for the National Recording Registry bring the number of titles on the registry to 600, representing a small portion of the national library’s vast recorded sound collection of nearly 4 million items.

The latest selections named to the registry span from 1921 to 2010. They range from rock, pop, R&B, hip-hop, and country to Latin, Motown, jazz, and recordings of history as it happened. In addition to the musical selections, the new class includes the famous speeches of President Franklin D. Roosevelt, WNYC’s broadcasts on 9/11 and a podcast interview with comedian Robin Williams.

Keys described her album, “Songs in A Minor,” as a story and one of her favorite albums as she recalled writing songs like “Troubles,” “Rock wit U,” “A Woman’s Worth” and “Fallin’” in her teens and recording them in her one-bedroom Harlem apartment.

“I’m so honored and grateful that ‘Songs in A Minor,’ the entire album, gets to be recognized as such a powerful body of work that is just going to be timeless,” Keys said of her album’s induction into the registry.

Steve Perry, the lead singer of Journey, grew up in a small California farming town, the son of Portuguese immigrants. He said he was stunned for his parents and grandparents to have “Don’t Stop Believin’” enshrined as one of the nation’s signature recordings and that it’s “one of those ‘only in America’ kind of things.”

“That song, over the years, has become something that has a life of its own,” Perry said.

“It’s about the people who’ve embraced it and found the lyrics to be something they can relate to and hold onto and sing.”

Video interviews featuring Keys, Perry, Marc Maron and Desmond Child, as well as images and audio clips, are available for download at newsroom.loc.gov.

NPR’s “1A” will host several features in the series, “The Sounds of America,” on this year’s selections for the National Recording Registry, including interviews with Hayden and several featured artists in the weeks ahead. Follow the conversation about the registry on Twitter and Instagram and #NatRecRegistry.

Several recordings joining the registry were influential in helping to deepen and grow the genres of rap, hip-hop, and R&B in American culture.

A Tribe Called Quest’s 1991 album, “The Low End Theory” was the group’s second studio release and came to be seen as a definitive fusion of jazz and rap with its distinctive sound.

“We are honored to have our work added to the prestigious National Recording Registry amongst so many other astounding works,” said rapper Q-Tip.

“We are humbled and grateful for this acknowledgement. Thank you so, so much.”

Wu-Tang Clan’s 1993 album “Enter the Wu-Tang (36 Chambers)” would shape the sound of hardcore rap and reasserted the creative capacity of the East Coast rap scene. The group’s individual artists would go on to produce affiliated projects that deepened the group’s influence for decades in hip-hop.

By 2001, the young singer-songwriter Alicia Keys released her debut album, “Songs in A Minor” and achieved new independence with record producer Clive Davis in the process. Keys had written and recorded much of the album under a previous record deal, but the label rejected it. Keys described her influences on the album as a “fusion of my classical training, meshed with what I grew up listening to,” which included the jazz from her mother’s record collection, along with the classic R&B and hip-hop that was prevalent in her New York City neighborhood. Keys’ fusion of influences would produce a sound all her own.

“But what is it about (the album) that I think resonates with everybody for so long?” Keys said.

“I just think it was so pure…people hadn’t quite seen a woman in Timberlands and cornrows and really straight 100% off of the streets of New York performing classical music and mixing it with soul music and R&B…and people could find themselves in it. And I love that.”

The 2022 class also adds a number of defining Latin sounds to the nation’s audio history from legendary artists.

While Linda Ronstadt is best known for her work in country, rock and pop music, she often referenced her Mexican-American roots. In 1987, she paid full tribute to her heritage with her album “Canciones de Mi Padre,” recorded with four distinguished mariachi bands. The album quickly went double platinum, won a Grammy, and is the biggest-selling non-English recording in American recording history. It would also introduce mariachi music to countless new listeners.

“Canciones de Mi Padre is an album I’ve always wanted to make because of my Mexican heritage,” Ronstadt said.

While she was learning the music and lyrics, Ronstadt said she never worked so hard in her life. By the time she opened a show for the album in San Antonio, it all paid off.

“I looked out to the faces of the audience; it was packed,” Ronstadt said.

“There were three generations of families there. They all sang along with the songs. They knew them all. It was really fun.”

When guitarist Ry Cooder and producer Nick Gold assembled an all-star ensemble of 20 Cuban musicians in 1996, the “Buena Vista Social Club” was reborn to record some of the key Cuban musical styles of son, danzon, and bolero. The album’s surprising popularity helped fuel a resurgence of Cuban and Latin music, propelled the band to concert dates in Amsterdam and New York’s Carnegie Hall, and led to a popular film by director Wim Wenders.

Soon after, a young Puerto Rican named Ricky Martin would become the “original Latin Crossover King,” paving the way for the globalization of Latin pop with his first major U.S. release, “Livin’ La Vida Loca,” a worldwide smash hit in 1999. Written by Draco Rosa and Desmond Child, the song went No. 1 in 20 countries and was certified platinum in the U.S., the UK and Australia. It remained at No. 1 on the Billboard Hot 100 for five consecutive weeks and would help define Martin’s career. Later, it was named the ASCAP Song of the Year, the BMI Latin Awards Song of the Year and would win four Grammys.

“I believe that the energy of a movement is what dominates in that song about Latinos, the empowerment of Latinos,” Rosa, the song’s co-writer said in Spanish.

“Life is full of great suffering, and ‘La Vida Loca’ is the total opposite. Let’s live it up, right?!”

History as it Happens

The recordings added to the registry also include sounds of history as it happened. New to the registry this year are the complete presidential speeches of President Franklin D. Roosevelt from 1933 to 1945, which ranged from events such as the attack on Pearl Harbor to the campaign against polio. His speeches became defining political and social texts of their day.

Public radio station WNYC’s broadcasts from Sept. 11, 2001, also join the recording registry this year. The NPR station from New York City broadcast the chaotic first details of the attack on the World Trade Center from its studios just blocks away, and the station would struggle to keep its signal live because its transmitters were atop one of the towers. Remarkably, the WNYC staff remained on the air throughout the day.