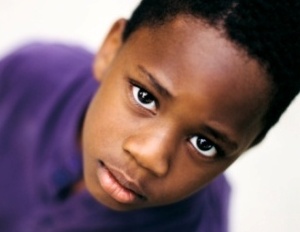 The data comes from a Pew Research Center analysis of Census Bureau data. The study defines poverty as living in a household with annual income below $23,624.

“Poverty is a function of income, and for many black Americans, the unemployment rate is higher than that of Hispanic, white, or Asian workers,” Mark Hugo Lopez, director of Hispanic research at the Pew Research Center, tells BE.

“The data reveals a lot of straightforward facts, but facts that are tied to the economic challenges the country continues to face. Unemployment rates have not declined for everybody at the same rate, and different wealth levels remain a constant theme,” he adds.

Researchers attribute much of the difference to varying employment and income levels among the different groups.

In terms of raw numbers, there are more Hispanic children living in poverty than any other group, 5.4 million. Pew says that’s because the Hispanic population is larger and younger than any other minority, racial, or ethnic group in the country.