Negotiating in a Volatile World - Page 2 of 3

Although he runs the smallest office within the Executive Office of the President — more than 200 staffers with offices in Geneva, Switzerland and Brussels, Belgium — he says “we blended very quickly to build a great, unified team of political and career people so I’ve got a lot of help. We have to stay focused on our mission.â€ He spoke to Black Enterprise magazine Editor-In-Chief Derek T. Dingle about how he plans to accomplish this objective.

Black Enterprise: In your role as the nation’s chief trade negotiator, how will your actions impact President Obama’s overall economic program?

Ron Kirk: The United States represents about 5% of the world’s consuming population now. So that means as a practical matter, 95% of our opportunities for expanding growth lie outside of our own borders. So whatever we can do to create new opportunities for America’s goods, services and agricultural products is a way that we help to grow our economy and create jobs here at home. By having reciprocal trade agreements, we help consumers because you’re now getting products that come to you from all over the world in a very competitive market and the price of those goods have come down. 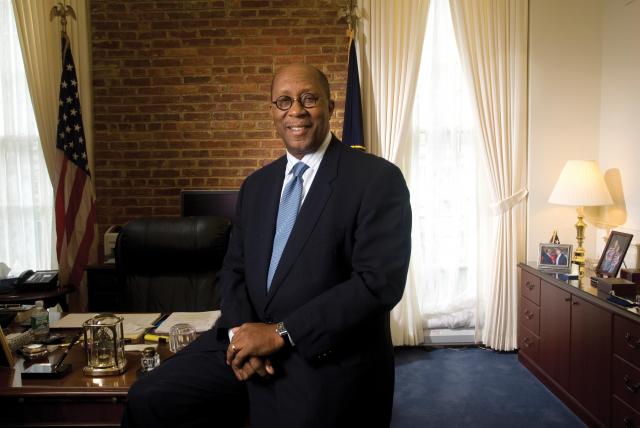 I think people can readily see that President Obama’s extraordinary popularity extends beyond our shores. The reception he received at the G-20 Summit in London and the Summit of the Americas in South America demonstrates that the world, even though they’ve been frustrated with the arrogance of our foreign policy over the last several years, very much wants to engage America in a thoughtful, collaborative way.

You stated as USTR you wanted to ensure entrepreneurs got an opportunity to be involved in global trade in a bigger way. How are you going to achieve this goal?

So in which area does small businesses need the most help?

Since we deal more so with government-to-government, the practical thing we’re going to do is educate businesses to how much they can grow by reaching out to this 95% that’s not the United States. Secondly, we’ll work with SBA to make sure that if it’s an issue of finance, which it always is for us, there are opportunities that I think we can look at creatively to make sure that the financing mechanisms are there. There’s a great Website, Export.gov, which is pretty simple to plug into to find out more information about how to get involved in international trade.

Right now, we’re seeing the world economy at its weakest and worldwide trade has taken a big hit. [As of February,] exports are down year-to-date 16.7%; imports are down 25.8%. Is this an indication that there will be a rise in protectionism across the globe? What specifically is your office going to do to boost exports?

The numbers that you gave are troubling but I think they represent two realities. One, just how interconnected the global economy has become. Secondly, I think in a way it makes the case for why trade is so important. When trade goes down then our overall economy suffers. When our economy is stalling here at home, it’s a great opportunity for us to create jobs and investment opening markets for Americans’ goods and services through direct negotiations and what we call bilateral agreements with other countries [as well as}through our multilateral agreements such as NAFTA and the ones with some Caribbean countries, CARICOM.

How do you reconcile trade policy and resistance from labor and Congressmen who represent industrial districts who say NAFTA is taking American jobs?

I think those of us who believe in trade have to accept the reality that its benefits tend to be broadly dispersed. All of us benefit from having cheaper goods and services [and] that’s a good thing. But the pain tends to be concentrated as manifest by what we see going through in Detroit. So what the President has tasked me to do is see if we can’t find a way to recalibrate our trade policy in a way that we don’t sacrifice the interests of America’s workers. One element of trade doesn’t reside in our office: Trade adjustment assistance [administered through the Department of Labor] is a way we can help workers. It was put in place recognizing that there are going to be winners and losers.