Negotiating in a Volatile World 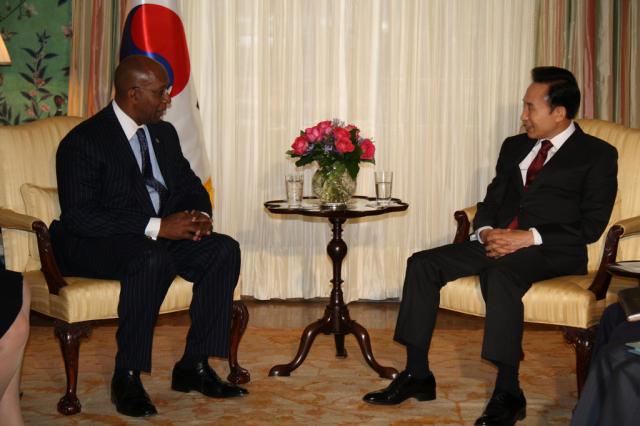 When South Korea President Lee Myung-bak came to the United States earlier this week, he made sure that he met two high-powered Washington officials during his three-day state visit. At the top of Lee’s agenda, of course, was a meeting with President Barack Obama. At their summit, Obama reaffirmed his pledge to protect South Korea from North Korea’s nuclear threat.

The other person high on Lee’s list was U.S. Trade Representative Ron Kirk. In the session with Kirk, the talk focused on international commerce. Both agreed to work together for a speedy ratification of the Korea-U.S. free trade agreement and that such an accord would serve as an economic boon for both countries. The trade deal was signed in 2007 during the two nation’s previous administrations but ratification in U.S. had been stalled, in part, due to concerns of its impact on American businesses, especially the auto industry. Kirk reportedly said he would push for the deal to both Congressmen and American citizens alike, citing how it would help the nation’s recovery through job creation. The two closed their meeting by sharing their mutual admiration for their political trajectory: Lee, a former mayor of Seoul, had become head of state while Kirk, a former mayor of Dallas, had made the ascension to the nation’s ambassador of trade.

Kirk is the Obama administration’s point man on international trade. In his cabinet-level position, Kirk develops and recommends trade policy to President Obama; conducts bilateral and multilateral negotiations; and seeks to open up new markets for American products and services. At his confirmation hearing, he maintained he didn’t come to the job with “deal fever,â€ seeking to fine-tune existing agreements and holding a philosophy that “when trade deals are done right, America’s businesses and workers will be able to successfully compete with those anywhere in the world.â€

His task has been made tougher by the weakening of the global economy. In the first quarter, U.S. gross domestic product fell at an annualized rate of 6.3% (trade represents roughly 13%) while three of its largest trading partners — Mexico, Japan and Germany — plunged 21.5%, 15.2% and 14.4%, respectively. Kirk seeks to stave off isolationist and protectionist trade policies that will lead to higher tariffs and choke economic growth. 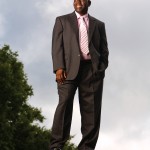