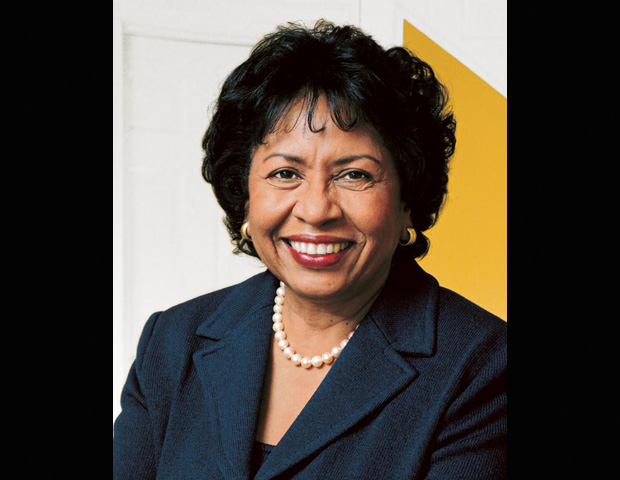 Prairie View lured Simmons out of a short, five-year retirement to take on the position of interim president, which she started in July. Early this month, Simmons said yes to taking on the post permanently. The Texas A&M University System Board of Regents will confirm her as president at its next meeting. (Prairie View is a state school).

Before visiting the offices of Black Enterprise, Simmons had just the day before been part of the Princeton dedication ceremony of Morrison Hall, named in honor of Toni Morrison, the Pulitzer Prize-winning author and emeritus professor at Princeton. Simmons was instrumental in bringing Morrison to Princeton, and Morrison has reportedly stated that Simmons was the reason she went.

Ruth Simmons, as they say, is crushing it.

‘The Students Are Terrific’

One gets the impression that the energy, ambition, civic-mindedness, and faith of Prairie View students are what drew Simmons to her new post.

“The students are terrific,” she told me. “They’re socially oriented. They want to contribute to their communities. They talk very openly about their faith traditions.”

Simmons sees the students’ activities on campus as a kind of training or proving ground. But one crucial element is missing: a robust African American studies program, which, ironically, few historically black colleges offer.

“All this civic pride and community focus—I want the students to also have the background, to know enough about themselves, and to be able to move forward with a kind of confidence” that self-knowledge fosters.

Along with developing an African American studies program, Simmons plans to focus on academics in general, calling it “the most critical piece.”

“We have a lot of work to do in faculty recruitment, faculty development. We’re going to strengthen the curriculum and the teaching and scholarships. Faculty is the most important ingredient for a successful university,” Simmons says.

With her breadth of experience, Simmons sounds ready to attack an area in which many HBCUs struggle: fundraising, calling it “paramount for HBCUs.”

She plans to reorganize Prairie View’s fundraising strategy “in accordance with what I’ve learned at other institutions. She’ll put in place “a rigorous, ongoing process to raise funds from many different sources, and strengthen and vary the revenue stream.”

As part of the Texas A&M system, Prairie View receives support from the state. But, Simmons says, “It’s fundraising that typically provides all the extras that you expect to do as a university.” As a result, she is now seeking to hire a chief fundraising officer.

“All institutions of higher learning are structured pretty much the same,” she told me. There’s an Office of Academic Affairs in which knowledgeable, skilled staff recruit faculty, determine tenure, and determine curriculum, says Simmons.

When institutions develop novel structures around the competencies of individuals instead of on an administrative structure, “you end up with a silo effect,” Simmons says. “I want to bring the administration in line with best practices in terms of the services we offer our students.”

For Simmons, it’s all about the students.

“They are so vital to our success. To do anything less is to say that these students deserve less than students in [other] universities, and I’m not prepared to say that.”

For more about Ruth Simmons and Prairie View, visit its website.