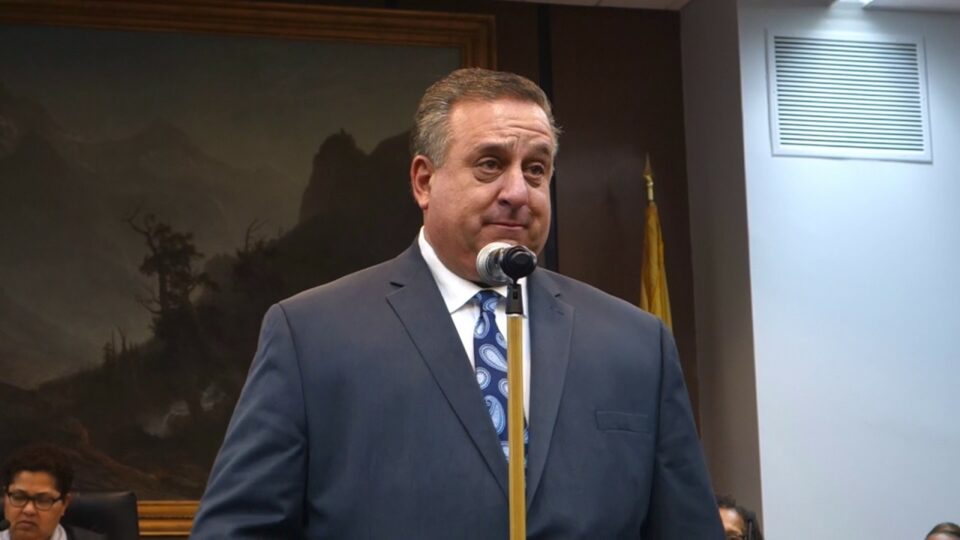 In the recordings, that have since been published, Clark Townships’ Republican Mayor Sal Bonaccorso and two top police officials refer to Black people as “spooks,” “shines,” and “n—s.”

In one recording from 2019, Bonaccorso was leaving a meeting at the Clark Recreation Center when he was asked by an officer about some ropes that were hanging from above.

“We [expletive] hang the spooks up there,” Bonaccorso replied while laughing.

“So the [Arthur L. Johnson High School] incident all over again,” the cop replied, in reference to a 2017 incident where a Black puppet was found hanging at a local high school.

“How about I go to a Plainfield [expletive] council meeting in front of a room full of them and get up and talk about it?” Bonaccorso said.

A separate recording from that same year reveals Clark Police Chief Pedro Matos speaking about reopening an investigation into the high school incident.

“I’m going to prove that them [expletive] n—-s did it,” Matos says.

The recordings were obtained and published by NJ.com.

, “I have many, many Black friends in my life, many of them; and employees here and everything else,” Bonaccorso told the outlet.  “…I’ve been here for 22 years, never had a problem, and all of a sudden this is coming up? I find it offensive. I do.”

Since the recordings were brought to light, there have been calls for Bonaccorso to resign, Tap Into Clark reported. The Clark Police Department was placed under the supervision of the Union County Prosecutor in the summer of 2020.