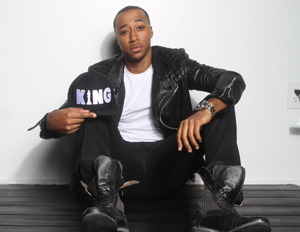 Social media can make anyone with a smartphone “famous” overnight, but there is no substitute for talent, solid experience, and a natural stage presence. This is evident inÂ host, TV personality, and entrepreneur Rodney Rikai.

As a host for Nike activations who is frequently on television, film,Â professional sports, and Web platforms, RikaiÂ has graced stages associated with some of the largest sports and entertainment events including the NBA All-Star Weekend, the Super Bowl, and the BET Awards.Â Whether at a live event or on camera, Rikai is not only always well-dressed, his 6-foot-plus frame and powerful personality burst through on every project. During interviews and hosting appearances, his candor and positive energy leave major brands, celebrity guests, and consumers wanting more.

Rikai has hosted all of the Washington Wizards home games, shows for the CW Network in Washington, D.C., and Music Choice, and he produces his own Web series, “Dreamers.”

Shortly after attending North Carolina A & T State University, Rikai started The heART Gallery: Things We Love L.L.C. He used the gallery, which was started as a way to fill a void in the New Jersey nightlife scene, to introduce artists such as Bridget Kelly, Jesse Boykins III, and Bilal,Â cultivatingÂ andÂ hosting the events himself. After one of these events, Rikai was approached and eventually became a finalist on BET’s “The Search” when the network was looking for new talent to host 106 and Park. Though he wasn’t the victor, he has not worked a regular 9 to 5 since.

BlackEnterprise.com caught up with New Jersey’s own to find out more about his path and his advice for those looking to succeed as a personality in the sports and entertainment industry.

BlackEnterprise.com: What path did you take to become host of the Washington Wizards?

Rodney Rikai: [Big] Tigger had the position previously, and I met him when I was a finalist at 106 and Park. We built a rapport and he allowed me to do correspondent work for his show on the CW Network while weÂ wereÂ both in D.C. Two months later, Tig moved to Atlanta and I became the host of his show. He also vacated the position with the Wizards, and though they didn’t fill the position that season, the next season somebody told me to send them my resume and reel. There was a competition between me and someone who works for WPGC, one of the powerhouse radio stations in D.C., and they chose me.

What professional accomplishment are you most proud of?

I am most proud of having a really great relationship with Nike, being their go-to guy, getting invited to their headquarters, etc. It’s been amazing to build a relationship with one of the top brands in the world, which as a kid I used to look at with the googley eyes. I am also proud of the fact that my reputation within the industry is solid. My work ethic is respected and Nike is a testament to that.

What advice can you offer those seeking to develop and maintain a good reputation in the sports industry?

1. Be Polite. I was raised right. I say thank you, please, Sir, and Ma’am. I try to be very respectful. That goes the furthest. People are so caught up trying to be grown or above others. Being cordial doesn’t mean you’re being submissive.

3. Be Prepared. If somebody sends you a script, know it as much as possible. Everything at the Wizards games is scripted to a degree, so I make sure that when I go in every game I know the script and all of my lines.

4. Don’t be Thirsty for Attention. Today in social media, everyone is looking for a dope Instagram picture, so they’ll ask people they don’t know to take a photo with them. I wouldn’t do that. I believe in carrying yourself like you belong. Allow people to respect you as a man first, not as a fan.

Mia Hall, (@mia_halldaily) is a freelance reporter, speaker, and host who focuses on the sports industry. She speaks and writes about personal development, diversity in sports business careers, community outreach, mentorship, and accountability. When she’s not speaking or hosting events in her role as a Community Manager at Barclays Center, she shares her stories, advice, videos, and musings on her personal blog,Â Mia’s Full Court Press.